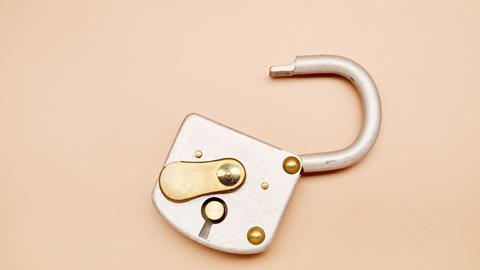 Open-access publishing initiative Plan S is in the spotlight again following the decision by the European Research Council (ERC) to withdraw its support. The move has divided opinion within the research community.

The initiative requires that, from 2021, researchers receiving funding from bodies signed up to Plan S must publish in compliant open access (OA) journals or platforms. It is run by Coalition S, a group of national research funding organisations, set up in 2018 with the support of the European commission and the ERC.

However, the ERC is concerned by Coalition S’s decision to make research published in certain hybrid journals ‘non-compliant’ from January 2021. Hybrid journals are subscription-based but also allow authors to make individual articles OA immediately if they pay an article processing charge (APC). However, this would mean that researchers would not be eligible for related publication costs from research funders signed up to Coalition S and would have to pay the charges themselves. The ERC thinks this will be ‘detrimental’ to early career researchers, researchers working in countries with fewer alternative funding opportunities, or those working in fields in which open access policies are more difficult to implement.

‘We are somewhat surprised that the policy of not paying for APCs in hybrid journals should be contentious,’ comments Marc Schiltz, president of Science Europe, which represents research bodies, and chair of Coalition S. ‘Many national funders (including funders that are not part of Coalition S, like the Swiss and German science foundations) have this policy already in place.’ Maintaining the current status quo on hybrid journals will only exacerbate inequalities among European researchers, as only those with generous funding will be able to pay APCs in hybrid journals, he adds.

Nevertheless, some chemists believe the field could be hurt by the hybrid ‘ban’. The options to publish in pure OA journals are limited, comments Lynn Kamerlin, professor of structural biology at Uppsala University. ‘There are, of course, excellent exceptions such as ACS Central Science and Chemical Science, but the majority of journals in the field, in particular speciality journals, remain hybrid, thus heavily restricting researcher choice.’

Many OA chemistry journals charge an APC of $5000 (£4460) or more. ‘This is already a significant burden for researchers, but it will be even more challenging for researchers in countries with limited research budgets,’ Kamerlin notes. ‘Some institutions have various agreements with publishers such that researchers are not charged APC at a per article level, which is a big step towards easing some of this burden, but this again immediately creates inequality between countries that can afford such agreements and countries that can’t.’

Schiltz points out that Coalition S has recently developed a range of alternatives to hybrid OA (see box), including the rights retention strategy (RRS) and the concept of ‘transformative’ journals – a subscription/hybrid journal committed to transitioning to full OA – which publishers including Springer Nature have committed to. An increasing number of ‘transformative agreements’ have recently been concluded between research organisations and scholarly publishers, he adds.

Even so, Kamerlin questions whether publishers will accept the terms of the RRS, and whether they are legally enforceable. Rick Anderson, associate dean for collections and scholarly communication at the University of Utah, also has some concerns, saying the coalition is using the RRS to tighten its grip on researchers, although he acknowledges some requirements were recently relaxed. ‘The Plan S ban on hybrid journals is still very real,’ he adds. ‘The message remains very clear: hybrid publishing is only okay as a stepping-stone to full OA.’

The ERC is not the first backer to leave Coalition S – a Swedish and Italian funder have also withdrawn, but Anderson believes the ERC’s departure is significant. ‘Every time a member agency withdraws from Plan S, it sends a signal that the coalition is weakening. The ERC is a large, well-respected agency with a substantial research budget. Its withdrawal represents a bigger blow than previous ones and may represent the beginning of a larger trend.’

Stephen Curry, professor of structural biology at Imperial College London, supports Plan S and is disappointed by the ERC’s decision. ‘The justification given no longer makes sense given the recent changes in Plan S with respect to publication in hybrid journals. And it is a shame that the ERC has not used its influence as an internationally leading funder to take a more proactive role in breaking the deeply problematic dependence of researchers on high impact factor journals. To my mind, their decision is a disservice to early career researchers. Given their stated commitment to immediate OA, I think the ERC need urgently to clarify how they will enact this.’

Meanwhile, publishers stress that the next steps in the transition to OA must continue to enable academic freedoms and ensure the integrity of the scholarly record. ‘Researchers and publishers have options which can work with the requirements of any funding body,’ says Matt McKay of the International Association of STM Publishers. ‘Similarly, the routes to publication in high quality journals must be open to those who cannot access funding for Gold OA. It is imperative that options are not narrowed to them without appropriate levels of consultation.’

Lee Cronin, Regius chair of chemistry at the University of Glasgow, thinks Plan S should go back to the drawing board. ‘There is no faulting the motive behind Plan S, but it places the scientist trying to publish at a disadvantage with respect to the reader and the publisher. Any solution to the current situation with OA publishing [must place] the author, reader and publisher on an equal footing. Right now all Plan S has done has driven further journal proliferation, uncertainty and confusion.’

Publishers commonly require authors to sign exclusive publishing agreements which restrict what authors can do with their research findings, including making articles OA in line with their funders’ requirements. Coalition S argues that its RRS announced in July will bypass these issues. Coalition S Organisations will change their grant conditions to require that a creative commons attribution licence (CC-BY) be applied to all reporting of original research. CC-BY allows re-distribution and re-use of a licensed work as long as the author is credited. Researchers can then publish OA articles in their journal of choice. But they must ensure OA at the time of publication – no embargoes.

In May, Coalition S endorsed several strategies to encourage subscription publishers to transition to OA, with a model where fees are levied for providing publishing services rather than subscription fees for reading. It calls these strategies ‘transformative arrangements’ and they include transformative journals that are committed to transitioning to full OA. These journals offset subscription income against payments for publishing services to avoid so-called ‘double dipping’.

Coalition S has changed the threshold when a journal must flip to full OA from 50% of content to 75%, and removed the commitment to flip by December 2024. Its support for this model will stop at the end of 2024. It has reduced the annual growth target for the proportion of content which must be published in OA from 8% to at least 5% in absolute terms and at least 15% in relative terms, year-on-year.