Brazil has joined the global race to commercially develop graphene, with the opening of the Graphene and Nanomaterials Research Center, known as MackGraphe, at Mackenzie Presbyterian University in São Paulo. Since graphene was discovered in 2004, the material has been of great interest to researchers and industries around the world because of its very appealing characteristics, like the static strength and stiffness enabled by its two-dimensional honeycomb structure. 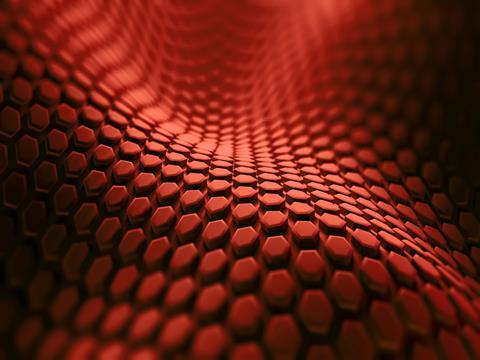 MackGraphe’s research will focus on developing graphene materials for photonics, energy and composites

The new facility, which comprises more than 4,000 square metres spread over nine floors, officially opened in March. Its aim is to investigate the properties of graphene and nanomaterials through an applied engineering lens. MackGraphe is equipped to meet the needs of a multidisciplinary team of about 20 researchers, and strong industry collaborations will be integral.

Graphene is only a single atom thick and one of the strongest materials in existence. It is also nearly transparent, able to efficiently conduct both heat and electricity and can stretch up to 20% of its length. As such, the material has promising applications in areas like electronics, biological engineering, filtration, energy storage, as well as the development of strong and light composite materials.

MackGraphe’s research will focus on three areas, including photonics. For example, its researchers will work to develop two-dimensional materials-based optical modulators and photodetectors for the next generation of optical communications systems, and also to model, simulate and characterise the electronic and photonic properties of graphene and other 2D materials.

Another primary area of attention for MackGraphe will be energy, including synthesising and modifying graphene and other 2D materials, as well as developing light, flexible or portable devices, and building batteries, supercapacitors and fuel cells. Composites are a third thrust of the new centre, which will aim to develop things like high-performance materials for the automotive, aeronautic, and sports industries, along with biocompatible and bioselective materials, as well as smart packaging, textiles and membranes.

MackGraphe’s director, Eunézio de Souza – a physics and electrical engineering professor at Mackenzie Presbyterian University since 2003 whose research has focused on graphene photonics and ultrafast sources for optical communications – calls graphene ‘a new material with superlative properties in many areas’. He says MackGraphe came about because of the recognition that there was a ‘unique opportunity for creating a new centre with an applied engineering vision.’

MackGraphe’s routes trace back to $20 million (£13.8 million) in start-up funds invested back in 2013, roughly 70% of which was provided by Mackenzie Presbyterian University itself. Financial support for the new center also came from the São Paulo Research Foundation, which aims to foster São Paulo’s scientific and technological development, and by the National Bank for Economic and Social Development, which provides long-term financing for endeavors that contribute to the Brazil’s economic development.

MackGraphe will receive another infusion of $2 million to fund its activities in 2016. The centre represents a historic achievement for Brazil’s scientific community, according to Antônio Helio de Castro Neto, who is a member of the centre’s scientific advisory board. ‘Mackgraphe was created inside of a private university, which is not a Brazilian tradition, and in an area which is at the forefront of science and technology worldwide,’ says Castro Neto, who directs the Centre for Advanced 2D Materials at the National University of Singapore, which collaborates with Mackgraphe.

Traditionally, few research groups in Brazil have worked in the area of graphene, according to Castro Neto. He says these individuals have typically operated mostly in isolation, with no concerted national effort in the field. ‘Mackgraphe can become a focal institution that can bring people together to work on common goals,’ Castro Neto suggests. ‘Brazil is entering the technology race early on.’

The University of Manchester’s Andre Geim, who was one of the two Nobel Prize in Physics winners in 2010 for producing, isolating, identifying and characterising graphene, attended the launch of the new Mackgraphe facility in March.

There are more than 25,000 published patents in the worldwide dataset for graphene published between 2005 and 2014, equating to over 13,000 patent families, according to the UK Intellectual Property Office. These publications can be at the application or grant stage, and they are not necessarily granted patents.