Calls to match skills to industry 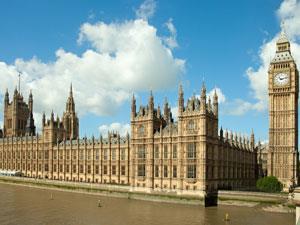 A report, published today by the House of Lords science and technology committee, has called for more science students at both the undergraduate and postgraduate level, to drive the UK’s economic growth. However, the report, Higher education in science, technology, engineering and mathematics (Stem) subjects, is critical of the current calibre of Stem graduates, particularly their ability in mathematics, reawakening a debate surrounding the necessity of A-level maths as an entry requirement for Stem undergraduate degrees.

The report also claims that the current definition of Stem is too large. This hides the true state of the more traditional Stem subjects, such as chemistry, by including degrees such as sports science and forensic science, which have grown in popularity in recent years. Instead, the report suggests that the government should work with stakeholders to define Stem degrees by the competencies and skills that a graduates from such degrees should posses.

The report is clear that the skills of Stem graduates should more closely match those required by industry. Another recommendation of the report is that a body is set up to analyse in which fields shortages of Stem graduates exist, to support university course design, postgraduate education strategy, and students’ career planning and course choice.

‘Last year we had more than 4500 students beginning their university chemistry course, but at the same time we were faced with a ruinous 66% reduction in the capital science budget,’ said RSC chief executive Robert Parker. ‘The last time a cut that size occurred was during the dark days of the 1980s when many researchers had to carry out their work in dilapidated facilities, so this cut is going to have a long-term effect on quality of teaching. Although chemistry is increasingly popular with new departments opening, some universities will struggle to cope with demand following infrastructure cuts.’

Imran Khan, director of the UK organisation the Campaign for Science and Engineering, particularly welcomed the  recommendation that graduate skills need to be tailored to industry’s needs, saying in a statement: ‘If the government adopts the report’s recommendations, including some serious analysis of what skills employers need compared to what our higher education sector is actually producing, we might get a genuinely joined-up strategy for Stem education – which is what the UK is desperately going to need if we’re to be competitive in tomorrow’s high-tech economy.’