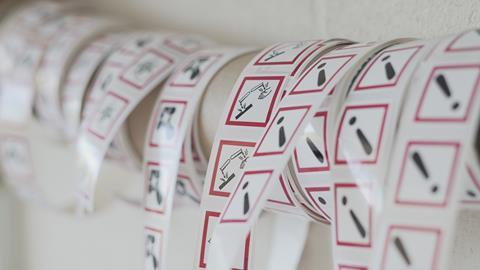 A public database of hazardous chemical reactions launched in March 2017 by the US non-profit group Pistoia Alliance has secured the backing of the American Chemical Society (ACS) and its Chemical Abstracts Service (CAS) – a massive index of research papers and compound structures. Pistoia created this Chemical Safety Library (CSL) as a tool for researchers to share and learn about lab accidents and thereby prevent repeat incidents, and these two new partners will develop and launch an updated, more user-friendly version of the database.

‘We are going to be working with ACS and CAS to collaborate on a “CSL two”,’ announced Carmen Nitsche, a business development consultant for the Pistoia Alliance, at the ACS’s national meeting in San Diego on 26 August. ‘What exactly it is going to be is not fully defined yet, but it will preserve the community contributions of incidents and near misses at chemistry labs,’ she said.

Under the updated CSL, Nitsche noted, self-reported chemical reaction data will continue to be made publicly available and deposited in PubChem, the US National Institutes of Health’s chemical database. In addition, she said the International Union of Pure and Applied Chemistry (Iupac) has agreed to endorse the new CSL and publicise it.

‘We had money to run the CSL for a couple of years, which is what we did, and then we started looking at how we could partner to take it further,’ Nitsche recalled. There has been relatively little action on the CSL for the better part of a year, and she said that is because it was unclear whether the database had a long-term future.

‘One of the challenges is that people worry about confidentiality, so we can make a much more robust system if ACS builds something that is trusted,’ Nitsche said. ‘Pistoia Alliance is a small industry organisation, and now we have the ACS and Iupac encouraging its use and saying, “This is good, this is an ethical and professional thing,” they will feel more comfortable.’

There are many barriers to sharing chemical incident data, including a desire for anonymity, a ‘shame factor’ and possible reputational damage, as well as potential litigation and regulation, according to Kristen Kulinowski, who is interim chief of the US Chemical Safety Board – a government agency charged with investigating serious industrial chemical accidents. ‘If we now suddenly start talking about all of those things that are going wrong, or could go wrong, the government might come in and regulate,’ she told the ACS conference. ‘And then of course there’s a cost to fixing what we find … to keep things safe.’

Kulinowski suggested that the US airline industry’s use of a voluntary Aviation Safety Reporting System, which allows pilots and other aircraft crew members to confidentially report near misses to enhance air safety, could provide a valuable model for the chemical safety community.

‘It is not for accidents … or for criminal activities like intentional sabotage, and the information is collected by a trusted third party – Nasa – with subject matter expertise and is not shared with the regulator,’ Kulinowski explained. In addition, she said this US Federal Aviation Administration system involves anonymised data but also allows for follow-up to gather additional information about real or potential safety mishaps, including trend analyses. ‘There is a firewall between the collector of the information and a regulatory body,’ she said.