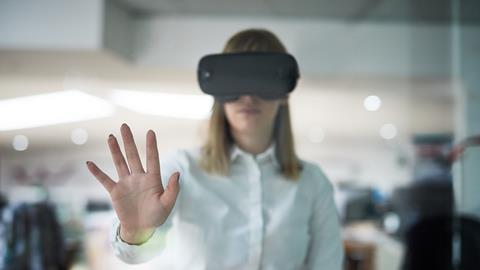 Virtual reality could convert safety training from what can sometimes be a box-ticking exercise into something people are invested in, which ultimately might make working in chemical plants safer.

Accidents both in research labs and in chemical manufacturing plants can have drastic – and often deadly – consequences. Only two months ago, one person died and three were injured in an explosion at US chemicals maker Optima. The Centre for Research on the Epidemiology of Disasters lists 165 chemical spills and gas leaks since 1940, killing 4000 people – 2000 alone in the largest chemical disaster ever recorded in Bhopal, India, in 1984. Often, accidents are a result of poor site maintenance and substandard safety culture.

‘Having seen all of those articles about accidents across all parts of the world, I thought “Why don’t we try to make safety more of an interesting investment?”’ says Marc Reid from the Universities of Strathclyde and Bristol, UK. Reid has personal experience with the aftermath of a chemical disaster, growing up with a father who had survived the Piper Alpha oil rig explosion in 1988. The accident claimed the lives of 165 of the 225 people on board the platform, as well as those of two rescue workers. It remains the worst offshore oil disaster in terms of lives lost and industry impact.

‘It took a very, very long time after that accident in the 80s to see what the real lasting impact on a personal basis would be,’ Reid recalls. His father suffered from post-traumatic stress for the rest of his life, and died when he was just 48. 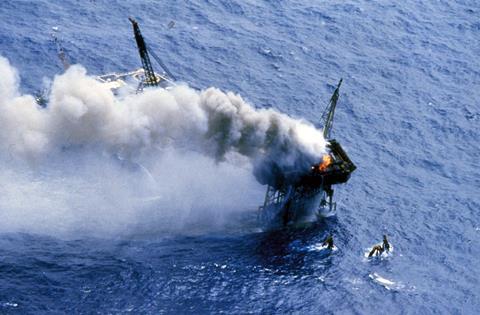 ‘It’s always very tempting to see safety as the boring task, the thing that you need to tick the box on before you get into the lab and do the really cool stuff,’ Reid says. ‘I think there’s an opportunity to evolve that approach to make it more of a psychological investment in chemistry trainees’ minds.’

Reid and his colleagues created a VR environment that allowed people to experience the task of offloading liquid ammonia from a tanker lorry into storage – one of the major safety concerns at their collaborators’ GlaxoSmithKline’s antibiotic manufacturing plant in Scotland.1 The team recruited 28 students – only some of whom had a chemistry background – 17 of which participated in VR training, while the others were given a traditional PowerPoint presentation.

‘Both training exercises enable the same level of knowledge acquisition,’ explains Reid, meaning both groups scored the same in a test taken after the training. However, people who completed the VR training felt more present during the training and perceived their learning outcome as better. ‘What we would conclude from our studies – VR is where you should go if you want people to be more engaged and invested in the training they are taking part in,’ Reid says.

Laura Fruhen, an organisational psychology researcher at the University of Western Australia, notes that the perceived learning confidence reported in the study might be related to the psychological concept of self-efficacy, which is linked to good performance. ‘If you think you’re good at something, it’s more likely to boost your performance because you’re likely to spend more time on it and you will get better,’ she explains.

The study’s sample size, however, might be too small to draw firm conclusion says psychologist Johannes Leder from the University of Bamberg, Germany. In one of his own studies, Leder had found no robust evidence that VR is better than PowerPoint for delivering machine safety training.2 However, he notes, while Reid’s study looks only at short-term effects, ‘if people have more pleasure in learning, it might predict long-term retention’. But to be economically viable, VR ‘needs to be a magnitude better than traditional methods’, he adds.

Reid and his team are now working on creating a VR environment that, apart from guiding participants through safe working procedures, can simulate what happens when things go wrong.