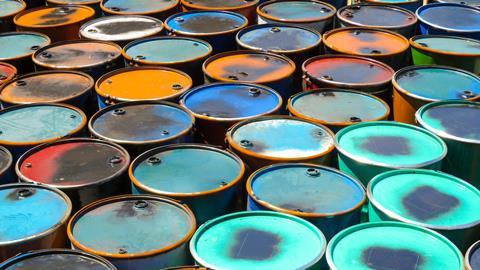 Chemical safety head ‘cautiously optimistic’ her agency will be saved

The head of the embattled US Chemical Safety Board (CSB), which President Trump planned to abolish, says she is ‘cautiously optimistic’ that Congress will save her agency from the chopping block. The CSB is the only US agency charged with carrying out independent investigations of industrial chemical accidents and developing recommendations to prevent their recurrence.

‘We – the CSB’s members and staff – are very passionate about safety and communicating the messages, and we believe very strongly that we are making progress and making a difference in driving chemical safety change throughout the nation,’ stated CSB chair Vanessa Sutherland at a lab safety session at the 254th American Chemical Society National Meeting and Exposition in Washington, DC. ‘The good news is that it appears Congress may agree with us,’ she said, noting that this past July the House appropriations committee rejected the president’s proposal by including funding for the CSB to continue its mission in fiscal year (FY) 2018, which begins on 1 October 2017.

Sutherland recalled how she was summoned to the White House’s Office of Management and Budget for a meeting in March and was told there that Trump planned to eliminate her agency. ‘Needless to say, that was disappointing to me and the staff at the time, and it was very surprising news,’ she said. There has been considerable opposition to the president’s plan to defund the CSB, including from the ACS.

‘Not confident of anything’

Sutherland is hopeful that, when Congress returns from its summer recess on 5 September, Senate appropriators will also move forward to fund the CSB for FY2018, but she is also anxious. ‘I am not confident of anything – I am not even confident that the government is going to continue operating on 1 October,’ Sutherland stated, noting that US federal agencies did shutdown for more than two weeks in October 2013.

‘Am I confident that people in the Senate value the work that we do, yes, but am I confident that will translate into them supporting the House appropriations view that we should get at least $11 million (£8.5 million) and remain flat, as we have for the last 10 years? I don’t know,’ Sutherland stated.

As a political appointee, Sutherland said she is not in a position to encourage people to lobby Congress to save her agency, but she did say that phone calls and letters from the executive committees or individual members of organisations like the National Safety Council – a non-profit organisation promoting health and safety in the US by curbing preventable injuries and deaths – have had a significant impact on House and Senate leaders. ‘The last several months have been really challenging for the agency,’ Sutherland stated. She said her office has spent many months developing a plan in response to the CSB’s possible elimination, and is trying to continue its five-year strategic plan for 2017 to 2021.

Sutherland emphasised the CSB’s uniqueness, and pointed out that for an agency with funding of just $11 million and about 40 employees, it is ‘extremely effective’. Since its inception, the agency has investigated over 130 incidents and issued 804 recommendations, of which 78% have been addressed.