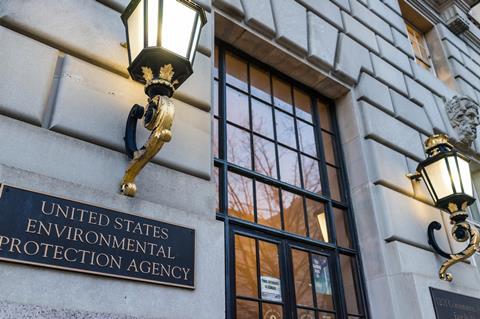 President Trump has nominated toxicologist Michael Dourson, who has published a series of books blending science and the Bible, to head the US Environmental Protection Agency’s (EPA) chemical and pesticides office. Dourson quickly came under attack from environmental groups for being too cozy with the tobacco and chemical industries.

This role of director of the EPA’s Office of Chemical Safety and Pollution Prevention requires Senate confirmation. The American Chemistry Council (ACC), an industry trade group, immediately backed the nomination, describing Dourson as ‘an excellent candidate for this important position’ and ‘highly respected’. The organisation urged the Senate to approve his nomination without delay.

In announcing Dourson as Trump’s pick for the position, the EPA included copious praise from various quarters. For example, the agency quoted Samuel Cohen, a microbiologist at the University of Nebraska Medical Center, calling him ‘an outstanding, hard-working scientist with a distinguished record in toxicology and risk assessment’. Unusually, the EPA press release also included accolades for the nomination from religious figures.

In his profile on Twitter, Dourson had said he ‘writes books matching science and Biblical text’, but he apparently changed the language – after media attention following his nomination – to say that he ‘writes science–Bible stories’.

Environmental Defense Fund senior scientist Richard Denison described Dourson as having ‘extensive, longstanding ties’ to the chemical and tobacco industries. He pointed out that the nomination comes at a critical point for the EPA toxics office, which is charged with implementing last year’s new law that overhauled the 40 year old regulations that govern chemicals policy in the US.

Melanie Benesh, an attorney with the Environmental Working Group, said Dourson has ‘deep ties to the chemical industry he will be tasked with regulating if confirmed’. She stated that the non-profit consulting group he founded and leads – Toxicology Excellence for Risk Assessment – has taken funding from the ACC and other industry players and downplayed the risks of chemical exposure.