Chemistry goes into the field to battle metal theft 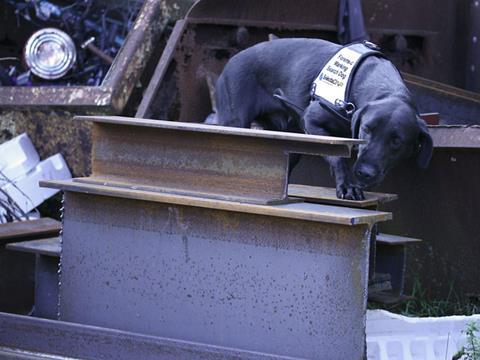 Forensic marker technology developed in the UK is leading the charge against metal theft, which is estimated to cost the country around £770 million a year.

Large rises in the prices of metals, such as copper, lead and aluminium, over the past few years have fuelled an epidemic of metal theft right across Europe. Copper cabling from railways, lead from church roofs and even metal war memorial plaques are all being stolen and sold on to unscrupulous scrap metal dealers. According to the Association of British Insurers, the incidence of metal theft has more than doubled in the past five years to around 1000 reported incidents a week.

A number of measures are now being taken to counter this epidemic. At the beginning of November, the UK government announced legislative changes that will introduce tougher fines for rogue scrap metal yards, give police new powers of entry into these yards and prevent scrap dealers from trading in cash. This is on top of a UK metal theft taskforce, which was established last year with funding of £5 million, and a new Scrap Metal Dealer’s Bill, which is expected to receive parliamentary approval at the beginning of next year.

The organisations affected by metal theft, including rail and telecommunications companies and churches, are also taking steps to tackle the problem, often by employing forensic marker technology developed by UK companies.

The idea is to spray the metal with an invisible marker that only shows up under UV light. This marker provides a unique identifying tag of the origin and ownership of the metal. Kent-based Selectamark Security Systems has developed a suite of such forensic marker products, many of which are based on unique sequences of synthetic DNA linked to a UV tracer.

However, because DNA tends to degrade in sunlight, Selectamark has developed an alternative system known as SelectaDNA Trace for marking metal items such as copper cables that are exposed to the elements. Under this system, the metal is marked with a unique identifying code formed from both microscopic metal dots, which can only be seen with a microscope, and ceramic nanoparticles, which are detected by a hand-held scanner based on their refraction of light.

The SelectaDNA Trace system is now being used by utility companies and rail operators, such as Germany’s Deutsche Bahn and UK Network Rail. SelectaDNA has recently helped German police catch thieves that had stolen metal cables from Deutsche Bahn. As an added bonus, as well as showing up under UV light, all Selectamark’s forensic marker products can be sniffed out by specially trained dogs.

When developing its forensic marker technology, Telford-based SmartWater, set up by former police officer Phil Cleary and his brother Mike, a chartered chemist and RSC Fellow, also considered DNA, but again concluded it would degrade in sunlight. So Mike Cleary developed a system based on a liquid polymer linked to a UV tracer, which is now being used by companies such as BT, Network Rail and Rolls Royce.

These forensic marker technologies, along with the other measures, do finally seem to be turning the tide. According to Selectamark, the incidence of metal theft at Deutsche Bahn decreased by 10% in the first half of 2012 compared to the same period last year, while metal thefts from UK churches have fallen by 60% and thefts from UK war memorials have fallen by two-thirds over the past year.