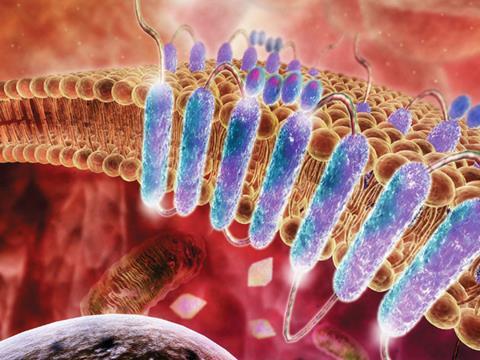 Around 800 GPCRs are known to exist in humans and they regulate such diverse processes as smell, taste and light sensing

The 2012 Nobel prize in chemistry has been awarded to Robert Lefkowitz of the Howard Hughes Medical Institute and Duke University in Durham, US, and Brian Kobilka of Stanford University, US, for ‘studies of G-protein coupled receptors’ (GPCRs).

During the prize announcement, Sara Snogerup Linse from Lund University in Sweden explained the significance of the work. ‘G-protein coupled receptors sit in cell membranes. It’s their job to tell the inside of the cell what is going on outside. Thanks to the work of Lefkowitz and Kobilka, we know about what they are, how they are built and how they work.’

This family of receptors is important for numerous reasons. There are around 800 known human GPCRs, of which about half are the olfactory receptors that allow us to distinguish thousands of different aromas. The other half regulate a vast number of biological processes, each one interacting with multiple different signalling molecules to transmit different messages into the cell, based on where they are in the body and what has bound to them.

‘G-protein-coupled receptors are ubiquitous in the function of cells in the body and help us to sense light, flavour and odour. They are also responsible for the human body’s reactions to chemicals such as adrenaline, histamine, dopamine and serotonin – which are associated with medical conditions such as allergies, depression and Parkinson’s disease,’ said David Phillips, the immediate past-president of the RSC. ‘But before Lefkowitz identified them and, together with Kobilka, determined how they work, nobody even knew they existed.’

There’s no question that these two researchers deserve to be honoured for their work, says Fiona Marshall, chief scientific officer of GPCR-based drug discovery company Heptares. ‘[Lefkowitz] is really the founder, the patron of the whole area of GPCRs, and [Kobilka] is a product of his lab, as are a number of other very successful researchers in the area,’ she says, adding that the community has been talking about the possibility of a Nobel prize for several years. ‘But I think the icing on the cake was [Kobilka’s] work on getting the structures of the receptor and its complex with the G-protein that closed the loop.’

Speaking by telephone at the announcement, Lefkowitz admitted that he had, like many other scientists, dreamt that he might one day receive the call from Stockholm. However, he confirmed that the lengths the Nobel committee go to to maintain the secrecy surrounding the nominations was intact, as he had ‘no inkling’ that it was his turn. It took an elbow from his wife to rouse him from his sleep to take the phone call. ‘I had planned on getting a haircut today,’ he said. ‘I guess that will have to be postponed!’

This year’s laureates will share a slightly reduced financial reward, SEK8 million (£748,000) instead of SEK10 million as for previous prizes. However, the prestige and recognition from their scientific peers and the general public, along with the lustre of the solid gold medal, will no doubt be undiminished.