With an independently developed next-generation DNA sequencer, Chinese scientists are aiming to challenge the dominance of international players in the world’s fastest growing genome sequencing market.

On 18 April, scientists from the Beijing Institute of Genomics (BIG) of the Chinese Academy of Sciences and partner company Zixin Pharmaceutical Industrial demonstrated their BIGIS-4 sequencing machine in Changchun, Jilin province. The machine will be given to 20 research and medical users for a six month trial, before being put into mass production. 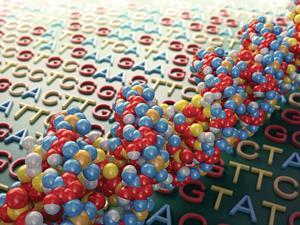 Will the BIG's experience in DNA sequencing services translate to a successful instrument business?

The Chinese machine has a longer read length than dominant sequencers like those made by Illumina in the US. Its manufacturing cost will be one third cheaper than imported machines, and operation costs about one fifth lower, according to Yu Jun of BIG, chief scientist of the project. Yu was also a co-founder of Shenzhen-based BGI, a spin-off of BIG and now the world’s largest sequencing service provider. Nearly all sequencing machines in China are imported, costing about 2 billion yuan (£192 million) annually, Yu estimates.

Read length indicates the size of DNA fragments, in terms of number of nucleotides, that can be deciphered from an unknown DNA strand in one go. Longer read lengths make it easier to piece together the overall genome from the fragment sequencing data, which is useful when analysing unknown genomes. For research laboratories and hospitals where large-scale sequencing is not essential, this could be a significant advantage.

Another essential parameter for sequencers is throughput – the amount of data the machine generates per run. Higher throughput often means greater efficiency and lower operation costs. Yu admits the throughput of the BIGIS-4 will be lower than Illumina’s systems. ‘But the Chinese and world sequencing markets are growing quickly, and different technology lines have diverse demands,’ Yu tells Chemistry World.

Illumina’s HiSeq instruments use amplified single stranded DNA as a template to synthesise the complementary strand, using fluorescently-labelled nucleotides. As each nucleotide is incorporated, the fluorescence can be detected optically, and then the fluorescent tag cleaved chemically so the sequencing can continue.

Yu’s sequencer differs from Illumina’s in that the fluorescent tag is cleaved from the newly synthesised DNA as it is incorporated, so that the reading speed is much quicker. This is similar to the pyrosequencing technology employed by Roche Diagnostics’ subsidiary 454 Life Sciences.

Li Ming, chief scientist of Da An Gene, a major Chinese sequencing service provider, says the fast developing market should create chances for domestic players. But ‘genome sequencing is systematic work involving reagents, operation and maintenance. To be successful, latecomers must prove they can endure the challenge of providing systematic service,’ he adds.

Sun Jianyi, former vice general manager of Thermo Fisher Scientific China and now an independent consult, thinks that Chinese instrument makers have better chances at success in life sciences than with traditional chemical analysis instruments like mass spectrometers and chromatography equipment, as they are less far behind their western counterparts. ‘Chinese scientists and companies have equal or maybe better experience in making massive genome sequencing services. This may help Chinese instrument makers grasp the systematic services required for scientific instrument promotion,’ he says.

Other significant challenges remain. Yu admits that a lack of fine processing techniques in Chinese factories has forced them to use imported core parts for the machine. The machine will also require regulatory approval if it is to be used for clinical diagnostic applications rather than pure research, and will need to compete with other lower-cost, longer reading machines emerging on the market, such as those from IonTorrent and Pacific Biosciences. ‘These problems will be gradually solved with the progress of China,’ Yu says confidently.