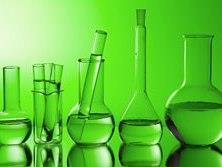 The US Environmental Protection Agency (EPA) has sent the country’s green chemists on a rollercoaster ride as it struggles to make up its mind whether it wants to fund them or not. Earlier this month, the EPA suddenly cancelled two grant programmes worth a total of $20 million (£13 million), which would have funded four new green chemistry centres. But just five days later it announced that it would be reissuing the call for applications this summer after all.

Eric Beckman, co-director of the University of Pittsburgh’s Center for Sustainable Innovation, says he can’t recall seeing solicitations pulled so late in the process. He notes that they were ‘the most significant’ green chemistry RFAs he’s ever seen from the EPA.

The developments are, perhaps, particularly interesting in light of the fact that the man hailed as the ‘father of green chemistry’, Paul Anastas, stepped down as director of the EPA’s Office of Research and Development in February. He has returned to Yale University to direct its Center for Green Chemistry and Green Engineering.

When the cancellation was announced, the EPA provided little in the way of explanation and said the solicitations were being reviewed and could eventually be reissued. However, it soon changed its tune and confirmed on11 April that the RFAs would be reissued.

‘Given the new and emerging research areas in the RFAs, EPA determined that it was necessary to further explore these research areas,’ agency spokesperson Kelly Widener tells Chemistry World. ‘On rare occasions, solicitations are cancelled or revised when necessary to ensure the integrity of our grants process.’

EPA gets an earful

Green chemistry researchers were stunned by the RFAs cancellation, noting that they were in the planning and review stages for over a year. The sudden need for greater scrutiny left them perplexed and many green chemists protested. They argued that the grants represented one of the few instances of major US government support for green chemistry since the discipline’s birth two decades ago.

Widener’s suggestion that there might be issues related to the integrity of the agency’s funding process also sparked concern. ‘If there was some kind of glitch in the process, it is important for them to share this,’ says Jim Hutchison, a University of Oregonchemistry professor. Relieved researchers in the community said that the backlash had been successful in forcing the agency’s hand.

‘Somebody took that money out - probably someone with sticky fingers who had ideas about its use in other areas - [but] the agency appears to be responding well to the community’s advice,’ says Terry Collins, who heads Carnegie Mellon University’s Institute for Green Science.

Despite the victory, the incident has been painful. ‘The fact that this happened obviously upset everybody and threw us off of our game - there will be a delay of several months,’ Collins adds.