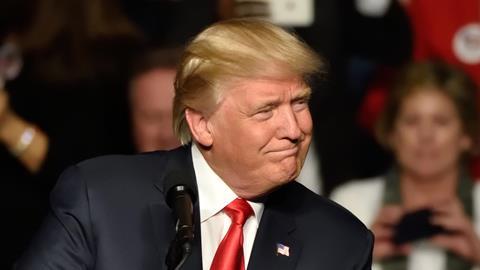 The US Congress has reversed course on budget cuts slated to hit American science agencies. The House and Senate have produced an omnibus spending package to fund the rest of fiscal year 2017, which ends on 30 September. The legislation, signed into law by Trump on 5 May, rejected the cuts proposed by the president in March, instead increasing federal R&D by 5% above the 2016 levels, according to estimates by the American Association for the Advancement of Science (AAAS).

Trump’s plan had included a $1.2 billion (£930 million) reduction for the US National Institutes of Health (NIH) and a $350 million decrease for the National Science Foundation (NSF). By comparison, the final spending package provides a $2 billion increase to the NIH, which represents a rise of more than 6%, and a considerably more modest $9 million boost to the NSF. The budget of the Department of Energy’s Office of Science will rise by 0.8% over current levels, whereas Trump had proposed to slash that office’s funding by $37 million.

Climate research at Noaa, which was targeted for a 19% cut, will instead see flat funding, according to the AAAS. The AAAS also notes that funding for Nasa’s earth sciences programmes remains unchanged despite a proposed cut of $231 million, or 12%.

These developments indicate that Congress is willing to push back against the Trump administration’s plans, and the AAAS argues that this should give science advocates reason for optimism. Other observers agree. ‘A new administration could certainly influence some of the funding outcomes, but Congress would have to make a 180 degree turn on a lot of these areas to fit with the Trump administration’s approach, and that doesn’t seem particularly likely,’ says Matt Hourihan, director of R&D budget and policy analysis for AAAS. ‘Congress has asserted itself this time around, and the odds are pretty good that they will reassert themselves again next time.’