Controversial pesticides down but not out 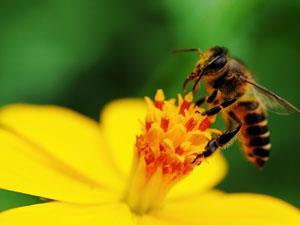 Opinion, and the science, remains divided on the dangers of neonicotinoids to bee populations

The US Environmental Protection Agency (EPA) is being sued by several environmental groups and beekeepers over the continued use of a class of pesticides called neonicotinoids. They accuse the EPA of failing to protect pollinators from these products, and are demanding the suspension of both clothianidin and thiamethoxam, which are two neonicotinoid products they claim are particularly toxic to bees.

Most recently, research published by a team led by the University of Dundee’s Christopher Connolly found that neonicotinoids impair the ability of bees to learn.1 This can cut honey bee survival rates as it disrupts the insects’ ability to find food.

Neonicotinoids, which are absorbed by plants and therefore can be present in pollen and nectar, have been recognised as a major cause of a phenomenon, known as colony collapse disorder (CCD), devastating bee populations in recent years.

The US Department of Agriculture (USDA) describes CCD as a ‘very serious problem for beekeepers’. The agency says annual bee losses from the winters of 2006 to 2011 averaged about a third annually, of which a third was attributed to CCD. Some larger non-migratory beekeepers in the mid-Atlantic and Pacific Northwest regions of the US reported losses of more than 50%. In the winter of 2011–2012 however, total losses dropped to 22%.

In the US, honeybees are essential for the cultivation of about $15 billion (£10 billion) worth of crops annually, according the USDA agricultural research service. CCD is being blamed for the California almond farmers’ recent tough season. These farmers produce 80% of the world’s almonds, and they rely on bees to pollinate their orchards.

But it’s not just almonds – California’s second largest cash crop, worth an estimated $3.8 billion – that have been decimated by the disappearance of the bees. There are more than 40 crops grown in the US that need bees, including apples, blueberries, broccoli and cotton.

‘It is not looking particularly good for pollinator health,’ says Jeffery Pettis, lead bee researcher at the USDA. Although he says there is scientific evidence of harm to bees from neonicotinoids, especially for smaller colonies like bumble bees, Pettis argues against an outright ban.

‘If you ban them what would be the alternative and would that be more toxic?’ Pettis asks. He advocates a compromise that limits neonicotinoid use on crops that are highly attractive to bees.

The regulatory landscape for neonicotinoids varies considerably between the US and Europe. While the EPA is seen to be dragging its feet, Europe is considering a two-year ban on the use of three widely used neonicotinoids – imidacloprid, clothianidin and thiametoxam – on crops that attract bees.

Banning these products would not save a single hive

Earlier this month, the European commission’s food chain and animal health committee failed to reach a conclusive vote on the proposal. While 13 member states voted for the ban, five abstained and nine voted against. On 19 March, the commission announced that it will refer the proposal to the appeal committee.

Back in January, the European Food Safety Agency (EFSA) issued a report highlighting several risks posed to bees by the three neonicotinoid insecticides in question. The report cited ‘the importance of bees in the ecosystem and the food chain’ and stated that clothianidin, imidacloprid and thiametoxam should only be used ‘on crops not attractive to honey bees’.

When that EFSA report was released, neonicotinoid manufacturer Syngenta argued its assessment was based on ‘unrealistic and excessive’ seed planting rates between two and four times higher than would be used under modern agricultural practice. Had the agency used normal sowing rates, the company argued, it would have concluded that the risk to bees is ‘extremely low’.

Several European countries have already taken action. Partial bans are in place on some neonicotinoids for specific crops in France, Germany, Italy and Slovenia.

Unsurprisingly, Syngenta and Bayer CropScience, which make the pesticides, both oppose neonicotinoid bans. ‘Banning these products would not save a single hive and it is time that everyone focused on addressing the real causes of declining bee populations,’ John Atkin, Syngenta’s chief operating officer, said in a statement. The evidence points to various parasites and diseases being the true cause of poor bee health, added Rüdiger Scheitza, head of strategy and business management at Bayer CropScience.

In that joint announcement, the two companies proposed a plan to help resolve the disagreement between the European commission and the member states on neonicotinoids. Their strategy includes significantly scaling up the creation of pollen rich, flowering field margins across the EU for bees, as well as establishing a comprehensive field monitoring programme for bee health.

Chensheng Lu, an environmental exposure researcher at Harvard University, US, says it is unlikely that neonicotinoids will be banned in the US in the near future as other pesticides like organophosphates (OP) and organochlorines were. ‘Ecological and human health data on neonicotinoids essentially doesn’t exist,’ states Lu, who was lead author on a study released in April 2012 that concluded imidacloprid is the likely culprit in the sharp worldwide declines seen in honeybee colonies since 2006.2

In the US, the EPA has already banned residential uses of organophosphate insecticides like chlorpyrifos and diazinon over health concerns in humans and wildlife. The agency has also sharply curtailed the availability of many organochlorines, particularly DDT and aldrin.

‘For organophosphates and organochlorines, there’s lots of data to support the regulatory decision,’ Lu says. In contrast, he tells Chemistry World that the amount of data presently available on neonicotinoids is ‘inadequate’ to convince the EPA to take regulatory action.

Lu predicts that it will take more than a decade for the US government to ban or restrict neonicotinoids. ‘After the OP and the pest resistant-prone pyrethroids, there is only neonicotinoids left for use,’ he suggests.

Meanwhile, the UK Food and Environment Research Agency (FERA) recently found ‘no consistent relationships’ between neonicotinoid residues in pollen and nectar and bumble bee colony mass. The authors found there was no conclusive evidence that exposure to neonicotinoids at normal agricultural levels had major effects on these colonies.

The UK Department for Environment, Food and Rural Affairs (Defra) followed this up with a related assessment of key research in the field. This concluded that ‘the risk to bee populations from neonicotinoids, as they are currently used, is low’.

Just this morning, a cross party group of MPs from the UK parliament’s environmental watchdog dismissed Defra’s approach to the health of bee populations as ‘extraordinarily complacent’. The environmental audit committee urged the government to introduce a moratorium on the use of neonicotinoid pesticides on flowering crops attractive to pollinators. Joan Walley MP, chair of the committee, said: ‘We believe that the weight of scientific evidence now warrants precautionary action, so we are calling for a moratorium on pesticides linked to bee decline to be introduced by 1 January next year.’

The UK National Farmers Union (NFU) and others, however, are arguing that Defra’s research shows that there are still ‘significant question marks’ over the science of neonicotinoids and CCD. NFU spokesman Chris Hartfield described it as ‘one of several field studies showing that these harmful effects on bees are not seen under normal field situations’.