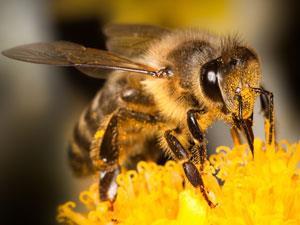 Chemical giants Bayer CropScience and Syngenta are both disputing the conclusions of a report from the European Food Safety Authority (EFSA) that says that bees might be at risk from neonicotinoid insecticides produced by the two companies. The report cited ‘the importance of bees in the ecosystem and the food chain’ and states that three neonicotinoid insecticides – clothianidin, imidacloprid and thiamethoxam – should only be used ‘on crops not attractive to honey bees’.

Bayer CropScience, which produces clothianidin and imidacloprid, argued in a written statement that it ‘has generated extensive safety data for its neonicotinoid-containing crop protection products’ that have confirmed ‘the absence of any unacceptable risk’. Bayer added: ‘We do not believe that the new EFSA reports alter the quality and validity of these risk assessments and the underlying studies.’

EFSA was asked by the European commission to assess neonicotinoids last year following the publication of two studies1 in Science2 linking the pesticides to declining bee populations. EFSA evaluated the latest scientific research on clothianidin, imidacloprid and thiamethoxam, as well as regulatory approval data for the pesticides submitted by Bayer and Syngenta.

Focusing on the use of neonicotinoids as seed treatment or granules, EFSA assessed the acute and chronic effects on bee colony survival and development, on bee larvae and bee behaviour, and the risks posed by sub-lethal doses. Although the report ‘identified a number of risks posed to bees’ by the three neonicotinoid insecticides, EFSA acknowledged that in some cases it ‘was unable to finalise the assessments due to shortcomings in the available data’.

EFSA’s findings were embraced by environmental groups and scientists who previously have argued that neonicotinoids are a key factor in declining bee populations. Citing the report, neonicotinoid opponents say the EU should now enact an immediate ban of neonicotinoids. France, Germany and Italy have already banned some uses of these pesticides.

Frédéric Vincent, spokesman for health and consumer policy at the European commission tells Chemistry World that the ‘commission has concerns over findings of the EFSA report’. The commission has asked Bayer and Syngenta to provide ‘feedback’ by 25 January. ‘As far as we’re concerned it’s quite clear,’ he says. ‘If the report and ensuing studies highlight that there is a problem with these products, then the commission, together with member states, will take the necessary measures.’

Bayer CropScience contends that previous research has shown that ‘poor bee health and colony losses are caused by multiple factors, the parasitic Varroa mite being the key issue’. Syngenta, which produces thiamethoxam, took a more forceful stance in its response to the report. ‘We believe that that EFSA has found itself under political pressure to produce a hurried and inadequate risk assessment, which even they acknowledge contains a high level of uncertainty,’ the company said. ‘We intend to deploy all means at our disposal to defend the use of this product.’

Syngenta also cited figures contained in a study issued earlier this week by the Humboldt Forum for Food and Agriculture describing ‘the value of neonicotinoid seed treatment in the European Union’. The study, financed by Syngenta, Bayer CropScience, the European Farmers Union and others, says a neonicotinoid ban would cost the EU economy €17 billion (£14 billion) over the next five years and threaten 50,000 jobs.

David Goulson, a biologist at Stirling University in Scotland and author of one of the two Science studies that triggered the EFSA assessment, described the Humboldt Forum study as ‘laughable propaganda designed to scare politicians into inaction’, adding: ‘The economic calculations have no basis in fact.’ He says that he supports an immediate ban on use of neonicotinoid seed treatments for oilseed rape, sunflower and maize. ‘The scientific community is already largely agreed,’ he says. ‘I hope that politicians will take the EFSA’s statement very seriously.’