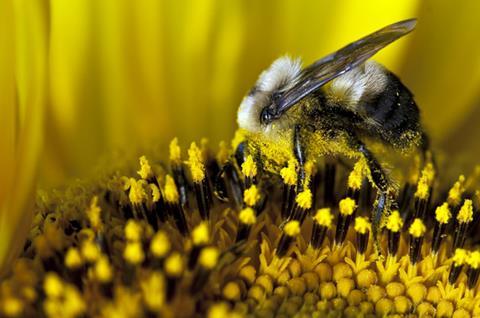 The EU’s proposed permanent ban on neonicotinoids could harm UK production of crops that rely on these pesticides, the agricultural research institute Rothamsted Research has claimed. The UK institute has called for ‘independent, unbiased research’ to reassess the environmental impact of the insecticides, which have been linked to honeybee decline.

A Europe-wide ban on three neonicotinoids – clothianidin, imidacloprid and thiamethoxam – was introduced in 2013, following a controversial study by the European Food Safety Authority. Their research connected neonicotinoid use with a decline in pollinator numbers, but chemical manufacturers and the UK farmers union disputed the results. Nevertheless, the EU now wants to replace the temporary neonicotinoid ban, which only applied to flowering crops such as oilseed rape, with a permanent one applying to all crops.

Rothamsted Research said that a prohibition would make it difficult to maintain production of many UK crops. Sugar beet production, for example, relies on the insecticide to kill disease-spreading aphids, which are resistant to other pesticides. Moreover, the report states, a ban might lead to other types of pesticides being overused, potentially allowing pests to develop resistance to them.

The organisation emphasises that balanced research is needed since ‘much of this debate appears in often contradictory reports that come from individuals and organisations with vested interests’.

Meanwhile, a report by the UK Agriculture and Horticulture Development Board advises the farming industry to start preparing for changes to pesticide regulations, including a reversal of the neonicotinoid ban, after Brexit.