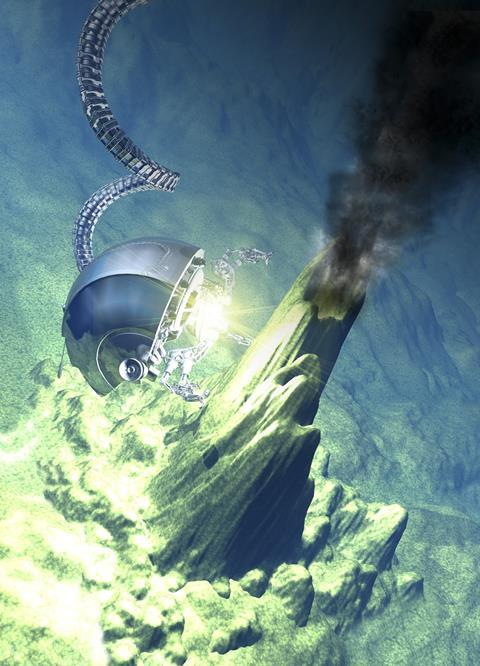 There may be significantly more metals hidden in the deep sea than previously thought, and mining them could be the only way to meet growing demand, according to experts who gathered at a recent annual meeting of the American Association for the Advancement of Science (AAAS) in Boston.

Estimates indicate that worldwide demand for resources such as iron and copper could treble or even quadruple by 2050, Thomas Graedel, an industrial ecologist and chemical engineer at Yale University in the US, said at a press conference at the AAAS meeting.

A key question is whether there are adequate resources on land to meet increasing demand, and Mark Hannington, who heads the marine mineral resources group at the Geomar Helmholtz Centre for Ocean Research in Germany, said these pressures are currently driving a deep sea ‘gold rush’. Hannington said the International Seabed Authority has issued 27 contracts to prospect for metals in the deep sea. The prospectors will be searching for a number of metals including manganese nodules – which are typically about the size of a human fist and tend to occur on flat expanses of the ocean floor – and polymetallic massive sulfide deposits – which are precipitated around hydrothermal vents at volcanically-active mid-ocean ridges.

Many countries are now aggressively exploring their own territorial waters in the search for metals. ‘The machines for mining manganese nodules have already been built and tested,’ Hannington said. ‘The machines for mining polymetallic sulfide deposits are sitting on the wharf, waiting to go.’ He said this activity is happening at a ‘fevered pace’, but there is no actual extraction yet taking place.

The machines Graedel refers to are prototypes that have undergone preliminary testing in shallow water, but this extraction technology has not yet been applied in a deep sea setting. Nevertheless, the consensus is that manganese nodules in particular hold significant promise. In the Clarion–Clipperton zone, found between Hawaii and Mexico, there is an estimated 20 to 30 billion tons of manganese nodules, according to Graedel. These contain enough nickel and cobalt to satisfy global demand for those two metals for decades, he said.

About four or five years ago, Hannington’s team estimated that deep ocean polymetallic massive sulfides resources ran to 600 million tons. This was a disappointment as the sulfides would only contain enough copper and zinc to satisfy global demand for one or two years. However, upon re-examination, Hannington and colleagues came to a figure of 6 billion tons, mostly located in a part of the ocean that has not been explored aggressively. ‘For the last 30 years, all of our exploration for polymetallic sulfides has occurred on that thin ribbon of volcanic activity around the mid-ocean ridges,’ Hannington explained. ‘We have hardly strayed more than a kilometre away from the plate boundaries where these form.’

However, the further from the ridges you get, the deeper the sediment. Hannington estimates that going 10km out likely means 10m or more of pelagic sediment. ‘You could probably go out to 100km, and then you are starting to deal with significant quantities of sediment that would be prohibitive for […] the discovery of resources,’ Hannington said. ‘The question then becomes how do we find them, and if we find them how would we ever recover them?’

Beyond this practical problem, there are also concerns about disrupting unique ecosystems. ‘New research is showing that these ecosystems take a long time to recover after a disturbance,’ said Stace Beaulieu, a deep sea biologist at Woods Hole Oceanographic Institution in Massachusetts.

The monitoring aspect of deep sea mining is still a fledgling science, so it remains unclear, for example, whether the plumes that could be generated from this deep sea mining activity pose a risk to underwater ecosystems. ‘There will be a plume dispersal – it may be the same size as the area that’s being mined, it may be larger,’ said Hannington. Some organisms may respond negatively while some seem to not respond at all, he added.