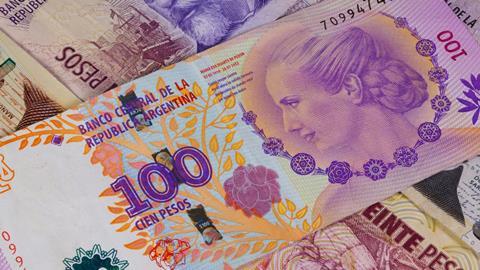 Although Argentinian science has been on the up – with budgets rising dramatically and the number of government-funded scientists in country rocketing – the brakes have suddenly been applied. The country’s national research council, Conicet, announced in mid-December that it will slash the number of new young investigators by about 55% this year. Only about 425 of these early-career researchers will be supported this year – roughly 500 fewer than last year.

‘The measure is in contradiction with the steady growth of about 8% to 10% that we had from 2004 until 2015, before the change of government,’ said Alberto Kornblihtt, a molecular biologist at the University of Buenos Aires. In fact, the government’s plan had called for approximately 1000 new researchers for 2017, which would have been an increase of 10% on the previous year.

In reaction to the disappointing news, 500 Argentinian researchers and PhD students staged a demonstration in front of the Conicet building in Buenos Aires on 14 December. Scientists affiliated with Conicet issued a strongly worded statement advocating for increased science budgets, and warning about the dangers of reducing the number of young scientists. Roberto Salvarezza, the former president of Conicet, says that ministry officials and protestors have now reached a compromise agreement. There will still be no new permanent research positions, but hundreds of scientists on temporary Conicet fellowships will see their contracts extended by at least a year. ‘The ministry should find in this period of time permanent positions for these researchers either in Argentine universities or science and technology institutions, including Conicet itself,’ Salvarezza says.

The severe cut in the number of new researchers results from the 2017 budget approved by Congress on 30 November, which would reduce funding for science and technology by about 16% in real terms. The original budget that the new president, Mauricio Macri, sent to Congress proposed steeper reductions of more than 30%, but an uproar from the scientific community ultimately led to curtailment of the cutbacks.

‘We are facing critical times for Argentinian science,’ says Emiliano Cortés, a physicist at Imperial College London in the UK, who was born and educated in Argentina. He notes that some of Argentina’s scientific institutions will see their budgets frozen at 2016 levels, and for others funding will plummet. The budget of the National Agency for the Promotion of Science and Technology (ANPCyT), whose mission is to support scientific projects and innovation, will fall by about 60%.

‘At present there is no clear explanation for this cut,’ says Salvarezza, who directs the research institute of theoretical and applied physical chemistry at the National University of La Plata in Buenos Aires. He and others point out that such reductions run counter to promises made by Macri.

Last year, Macri vowed to increase the country’s investment in science and technology from 0.7% of GDP to 1.5% of GDP. Bolstering Argentina’s scientific enterprise was one of Macri’s campaign platforms, but he has sorely disappointed.

In 2015, in the first year of Macri’s term, the value of the Argentinian peso dropped by over 50%. This was bad news for research because the majority of equipment, scientific conferences and reagents are paid for with foreign currency.

The new science cutbacks will ‘dramatically impact’ the continuity of the research projects funded by agencies like ANPCyT, as well as salaries and new research infrastructure, Salvarezza explains. ‘The latter opens the doors for a new brain drain from Argentina,’ he warns.

Cortés, who received a PhD in chemistry from the National University of La Plata, is also concerned about a brain drain. ‘I would really like to come back to my country to repay all this investment that the country has made [in me],’ he tells Chemistry World. However, he says that the pullback of support for science by Argentina’s government ‘strongly limits’ his possibility of returning.

Further, he points out that the salaries of researchers in Argentina are ‘much lower’ than elsewhere in the world, and funding provided through the country’s research grants is ‘incredibly low’ – an estimated 20 times below the typical research award in Europe.