Science budgets in Argentina have leapt 10-fold, and science salaries have jumped five-fold, since chemist Lino Barañao was appointed as the country’s first science minister in 2007. Maintaining this progress is likely to be difficult, however, in a country facing a weakening economy situation. 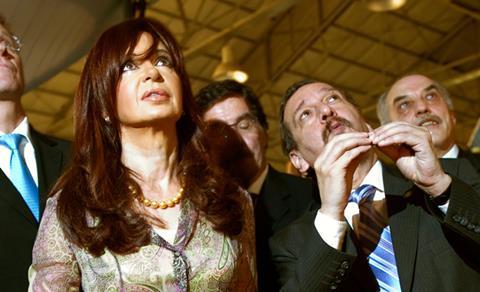 Barañao was appointed by former Argentinian president Cristina Fernández de Kircher and, unusually, held on to his position when the new president, Maurico Macri, took office in December 2015. Despite Macri’s very different political philosophy to his predecessor, Barañao was the one minister asked to stay on, explained William Colglazier, a senior scholar at the American Association for the Advancement of Science’s Center for Science and Diplomacy at a recent science and technology policy forum in Washington, DC.

‘I think it’s a lesson for us in our political season – we have to make sure that science doesn’t get embedded in politics, and we are able to maintain a consensus among our political parties,’ Colglazier said. ‘In the case of the minister, it also indicates that competence trumps politics,’ Colglazier added. ‘We would like him to give some advice to our political leaders here.’

Roberto Salvarezza, the former president of Argentina’s national research council known as Conicet, says Barañao built on a commitment to science that was established by previous administrations.

Barañao received praise for continuing the scientific policies implemented by past presidents, including Kirchner, said Salvarezza, who currently directs the Research Institute of Theoretical and Applied Physical Chemistry at the National University of La Plata in Buenos Aires. These policies allowed budgets at Argentina’s scientific organisations and research universities to increase 20-fold between 2003 and 2015, he adds.

Salvarezza also points out that Barañao has introduced new science infrastructure programmes that built more research labs in the country, and fostered international collaborations with organisations like the Max Planck Society in Germany. This brought more visibility to Argentina’s researchers, Salvarezza says. ‘Obviously, all these contributions had a large impact on the scientific community working in chemistry,’ Salvarezza tells Chemistry World.

Depending on how you measure it, Argentina has seen a 10-fold or almost 300-fold increase in funding for the nation’s research grants in recent years, according to Barañao. Despite the five-fold growth in the salaries of Argentinian scientists, he said countries like Brazil still pay more. But scientists in Argentina ‘feel more comfortable now’, Barañao added.

The main result of this budget boost was an increase in the personnel actually carrying out science in Argentina. For example, at Conicet, where Barañao said the nation’s most productive scientists work, there were about 3000 researchers in 2003. The figure grew to about 6000 by 2007, and Conicet now has more than 9000 full-time researchers.

Barañao also noted that his team was successful in encouraging Argentinian scientists working abroad to return, and were able to ‘repatriate’ about 1200 of them in five years. Overall, there were 74,000 people working in R&D in Argentina in 2007, and that figure surged to 105,000 by 2013.

Argentina’s scientific output has increased too. For example, there was a marked seven-fold rise in the publication rates of Argentinian scientists in the most highly cited journals, like Science and Nature, from 2013 to 2015, Barañao stated. As a consequence, Conicet – which had been ranked by SCImago Journal & Country as 179th among 3250 scientific institutions worldwide – has jumped to number 85, he added.

Argentina currently funds the top 30% of research grant applications submitted to its funding agencies, Barañao said. By contrast, the audience heard earlier at the forum that the US National Institutes of Health and the National Science Foundation only fund about one in five grant proposals, due to budget constraints.

Salvarezza warned that the budgets of Conicet and Argentina’s National Agency for the Promotion of Science and Technology need ‘an urgent increase’ in funding to allow scientists in the country to do their work. He notes that most of the scientific equipment and research chemicals are imported.

But not everyone is happy with the direction that science is taking in the country. In April, 4000 Argentinian scientists presented a letter to the country’s science ministry, expressing concerns about salaries and research projects affected by the devaluation of the Argentine peso.

While the researchers voiced appreciation for the fact that there have been no layoffs at the science ministry or Conicet, they warned that Argentina’s research enterprise could be seriously damaged if budgets are not boosted further. The researchers urged a 60% funding increase for all existing science ministry and Conicet projects to keep them going.

But, despite recent complaints, Salvarezza says the past 12 years have been the ‘best period’ for chemistry in Argentina that he can remember after over 30 years as a research scientist.