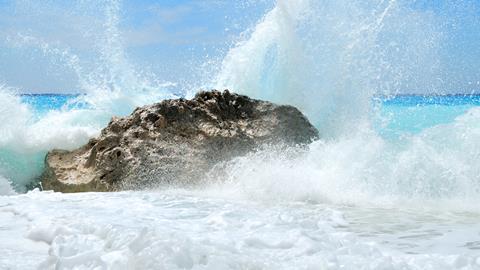 Sea spray is less reflective than previously thought, a finding that may seem unimportant but will affect the accuracy of many climate models.

As oceans cover more than 70% of the planet’s surface they are one of the Earth’s largest sources of aerosols. These particles are generally composed of a combination of inorganic salts and organic particles that take up water from the air. This property affects the way in which the particles interact with solar radiation. As the ocean is such a large contributor of aerosols, models need to take account of them and their influence on the climate.

Currently, most models assume that the ability of sea spray molecules to take up moisture – its hygroscopicity – is similar to that of pure sodium chloride. However, using a variety of experimental techniques researchers at Stockholm University determined that the true hygroscopic potential of sea spray particles is between eight to 15% lower than pure sodium chloride.

When this reduced hygroscopicity was factored in to a general circulation climate model, there was a reduction in aerosol–radiation interactions within the marine boundary layer, the part of the atmosphere that is in direct contact with the ocean. The discovery means that sea spray reflects less heat than thought, although the effect is relatively minor.