The percentage of research proposals winning grants in the early stages of Horizon 2020, Europe’s main research funding programme, is down sharply from levels seen during the EU’s previous funding programme. The report from the European commission has caused concern among the continent’s research community and EU officials. 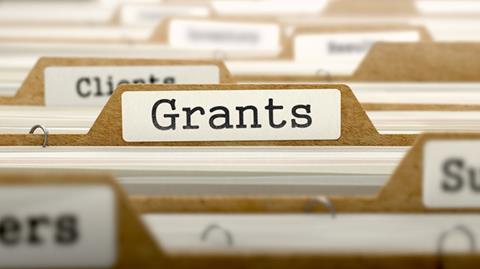 Laura Keustermans, policy officer at the League of European Research Universities (LERU) in Brussels, tells Chemistry World that her organisation is concerned about ‘a number of issues’ in the report, with low success rates at the top of the list. ‘The low success rates are indeed a matter of concern to us,’ she says. ‘The drop in success rate compared to FP7 might discourage the best researchers from applying for EU funding.’

After publication of the report, Robert-Jan Smits, director-general for research and innovation at the commission, gave his assessment of the report in late September at a meeting of the European parliament’s committee on industry, research and energy. Although his comments were mostly positive about Horizon 2020’s performance thus far, Smits acknowledged that low success rates were his ‘biggest concern at the moment’, and is partly due to Horizon 2020 being ‘flooded with proposals’ of great creativity and potential. ‘We have to at the moment reject far too many excellent proposals,’ Smits said. ‘So this is indeed a very sad story at the moment, this enormous rejection rate and oversubscription.’ The commission has now created a new seal of excellence for projects that don’t secure Horizon 2020 funding, but are nonetheless deemed to be of a very high standard by reviewers. The aim is to help national and regional funding bodies take advantage of Horizon’s peer review process.

While the low success rate is a major concern, Smits said that the report documents several areas of success in Horizon 2020. Those include generating a high level of grant applications, attracting strong interest from business-related researchers, and a much simplified application process compared to FP7 that has resulted in 95% of successful grants signed within the desired eight-month time frame. He also noted that the highly popular European Research Council’s (ERC) budget had been nearly doubled in Horizon 2020, adding: ‘One of the best things we have ever done for European science is setting up the ERC.’

In the early stages of Horizon 2020, researchers at universities had the most signed grant agreements (just under 35% of total) and highest share of total money granted (about 37%). But both levels declined from FP7 partly due to gains in the two categories from private sector-based researchers.

Horizon 2020 is more focused on innovation than FP7 was, so the decrease in the share of universities is understandable

‘What is clear is that the funding situation of universities in many countries across Europe is getting more and more difficult,’ says Lidia Borrell-Damian, director research and innovation at the European University Association (EUA). ‘Universities are under increasing pressure to look and apply for funding sources.’

Another indication of Horizon 2020’s attraction for business-related researchers is the arrival of many newcomers that never applied for FP7 funding. Of the 6774 ‘unique participants’ who won Horizon 2020 grant, some 38% are newcomers and of these 80% are private sector researchers while the remaining 20% are affiliated with universities, research organisations, foundations and public authorities.

Keustermans of the LERU says that she is not yet overly concerned about the large portion of business-related newcomers, but that the situation needs to be monitored closely. She says that ‘given the focus is much more on innovation than was the case for FP7, the decrease in the share of universities is understandable’. ‘It is, however, important that this sharing is not decreased further in the course of Horizon because then it would become problematic.’