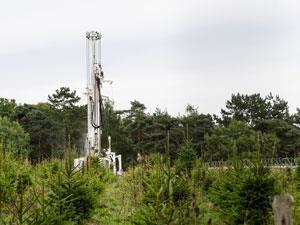 Evidence is mounting that shale gas can be exploited without damaging the environment, as long as it is properly regulated

The CIA has gathered evidence to promote development of the UK’s shale gas resources. The report builds on assessments made by the Royal Society and Royal Academy of Engineering in 2012 and agrees with a report published by Public Health England – a division of the UK government’s Department of Health – on 31 October. The CIA maintains that gas in the Bowland shale in northwest England is deep enough beneath the water table (10 times deeper than US reserves) to effectively prevent contamination, as long as the integrity of drilling wells is maintained. Technological advances from US exploration efforts will also aid in reducing contamination risks. ‘We have looked at each point carefully and analysed what happens at the different stages of getting shale out of the ground and delivering it for use as energy or feedstock,’ said Steve Elliott, the CIA’s chief executive. ‘This publication is about acknowledging the genuine concerns and explaining what will actually happen.’

The report from Public Health England emphasises the importance of properly regulating all aspects of the drilling process in mitigating the risk of public exposure to chemical and radiological pollutants. In response to the report, UK energy minister Michael Fallon emphasised the government’s commitment to ensuring safety guidelines are upheld. ‘The UK has the most robust regulatory regime in the world for shale gas, and companies will only be granted permission to frack for shale if their operations are safe,’ he said in a statement.

Interest in UK shale is increasing, with two large energy companies investing in exploration licences in recent months. In June, Centrica paid Cuadrilla and AJ Lucas £40 million for a 25% share of their drilling rights, and in October, French utility firm GDF Suez partnered with Dart Energy, paying $12 million (£7.5 million) for a 25% share of Dart’s licence. Both Centrica and GDF have committed to contribute to ongoing exploration and drilling costs.