Ukrainian science is on the verge of significant change, thanks to the recent signing of a major new legislative act. The new law will provide a generous boost to state science funding bringing it to 1.5–2% of GDP in 2017–18, providing the country’s economy stabilises. Science funding is expected to be UAH2.3 billion (£66 million) or 0.3% of GDP this year. 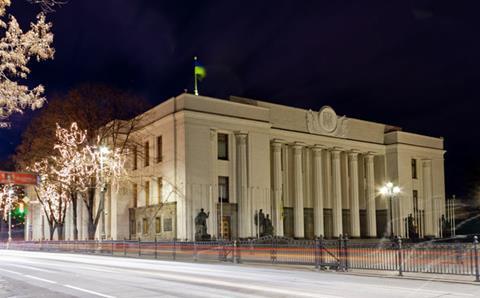 Ukraine will assess its universities and institutions, and allocate research money on a competitive basis

According to Petr Poroshenko, Ukraine’s president, the Soviet era law regulating science is outdated and does not meet the challenges of the time. As a result all the countries’ science academies will be merged with the National Academy of Science of Ukraine to streamline its research base. Public research institutions and universities, with the exception of the military, will also be able to become co-founders of businesses. The plan is to help research institutions supplement their income with additional sources of funding.

Leading Ukrainian scientists and top officials have welcomed the new law. Lily Grinevich, chair of Ukraine’s parliamentary committee on education and research, says the new mechanisms for funding and management will allow scientists to better collaborate with colleagues from other countries, in particular the EU, and will help to slow Ukraine’s brain drain. In addition, she says that greater integration of science and education with the EU is planned, which will include involving EU and other western experts in its planned assessment of universities.

The new law has its critics though. Yulia Bezvershenko, a junior researcher at the Bogolyubov Institute for Theoretical Physics, says that the scientific academies set to be merged are very different from one another, and the move will weaken the nation’s science base. Bezvershenko adds that distributing funding through the education ministry instead of the academy is contrary to best practice.