Money will fund new centres and some existing ones, while others may slowly fade away 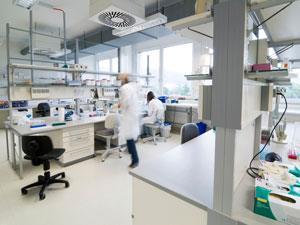 The UK Engineering and Physical Sciences Research Council (EPSRC) has announced that it will invest £350 million in a second generation of Centres for Doctoral Training (CDTs) aligned towards priority areas of research. The funding will be used to renew support for some existing CDTs and to create new ones, based on a competitive applications procedure.

CDTs were introduced in 2008 in an effort to encourage universities to change their approach to training PhD students. The idea is to educate coherent ‘cohorts’ of researchers, equipped with a broad range of skills. The first CDTs were aimed squarely at interdisciplinary research and were funded for five cohorts of students, the last of which will start in 2013. ‘I think we’ve now gone beyond that, and it’s about recognising that the way we need to train researchers needs to reflect a world that has changed rapidly in the last decade or so,’ says Neil Viner, the EPSRC’s associate director – leaders. ‘Research is happening in a much more networked way.’

In such a competitive process, Viner fully expects that not all the existing centres will have their funding extended. ‘It’s part of the natural pattern of growth, development and decline of research activities,’ he says. ‘Those centres would have the choice of a managed closure or continuing using other resources. I suspect both of those will happen.’

Tom Welton, head of chemistry at Imperial College London – which hosts several CDTs – confirms that all the centres in which the chemistry department is involved will be applying for renewal. He also explains that the university is in the process of developing proposals for several new centres.

Welton adds that proposals in this round are much more explicit on CDTs’ ability to attract significant external resources to top up the EPSRC funding. This ‘leverage’ could take a variety of forms, he suggests, such as money from industry or the university’s own coffers, or guarantees of time at shared facilities, but it needs to be a real commitment. ‘I think that’s only fair – if we’re saying something is important, we should be prepared to put our own resources behind it,’ he says. ‘I would not be surprised, either, if perhaps existing CDTs would be expected to find more external leverage than ones being set up from scratch.’

This commitment to CDTs will not change the balance of the different routes by which postgraduate students are funded, says Viner. ‘Our support for training is evenly split between the CDTs and Doctoral Training Grants (DTGs) [block grants awarded to universities to distribute between students as they wish], with roughly 10% going to Industrial Case studentships [funded in partnership with companies].’

This balance is vitally important, says Welton. ‘Sometimes a CDT is the right thing. But there are times when you need the flexibility that the DTG provides. It’s about what fits best with the science and the people.’

The EPSRC has set out a wide list of priority research areas, encompassing such diverse areas as catalysis, photonics and colloid science, which the CDTs will be expected to address. Viner explains that this list was compiled through consultation with the research and industrial communities, and filtered by the EPSRC’s strategic advisory teams. ‘We’re not saying that centres’ needs correspond directly to these priorities,’ he says, ‘we’re mapping out a space that we want centres to play into.’

‘It’s a pretty long list,’ says Welton. He suggests that successful proposals will not be the ones that see the priorities as pigeonholes to fit into, but instead describe how their proposed centre influences various different areas across the landscape set out by the list.