Household chemicals contribute as much as vehicles to urban emissions 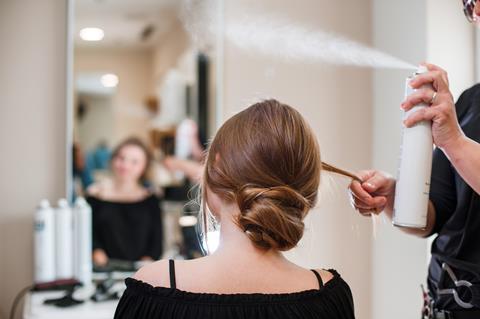 The use of everyday chemical products like cosmetics and cleaning agents contribute to half of all fossil fuel-derived volatile organic compounds (VOCs) emitted in urban areas, according to a new analysis.

This contradicts current estimates from the US Environmental Protection Agency which say 75% of these emissions come from fuel-related sources such as vehicles, with only about 25% from chemical products.

‘We found that the use of these products emit VOCs in a magnitude that is comparable to what comes out of the tailpipe of your car,’ said Brian McDonald, an environmental scientist at the University of Colorado in Boulder who presented the findings at the annual meeting of the American Association for the Advancement of Science in Austin, Texas.

‘In some ways this is a good news story,’ McDonald stated, noting that the US air quality regulations in the US and Europe have been very successful in reducing motor vehicle controlling emissions. ‘As we control some of the biggest sources of air pollution in the past, other sources are emerging in relative importance, such as the use of these everyday chemical products.’

VOCs contribute to urban air quality challenges like the formation of ground-level ozone and fine particles, both of which pose significant human health and environmental concerns.

The discovery was somewhat accidental, as the researchers were originally compiling measurements of hydrocarbon emissions associated with gasoline and diesel fuel use. While doing this, they noticed that levels of other less commonly measured gases, like ethanol, were higher than expected and had increased in recent decades.

Although ethanol is commonly added to gasoline in the US, the researchers determined that gasoline-related sources could only account for about 20% of the ethanol that they measured in the air. ‘That suggested that we were missing an important source of this compound in the atmosphere,’ said Jessica Gilman, a chemist at the National Oceanic and Atmospheric Administration who also worked on the study. Further work pointed to the use of everyday consumer products as a major source of these VOCs.

Responding to the announcement of these findings, the American Cleaning Institute (ACI) lobby group argued they ‘need to be put into the context’ of the changes manufacturers have made to these products over the years.

The organisation said laundry and dishwashing products, for example, have a minimal impact on VOC emissions overall because they use ingredients that biodegrade during wastewater treatment. ACI also pointed to the researchers’ acknowledgement in the published study that most organic compounds in soaps and detergents dissolve in water and end up in sewer systems, with negligible amounts emitted from wastewater treatment plants.