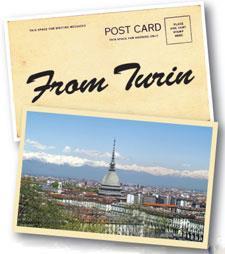 The 41st Iupac World Chemistry Congress took place in Turin, Italy, on 5-11 August. Around 1550 delegates attended the meeting, which was divided into eleven parallel sessions on a diverse range of subjects. The idea of the meeting wasn’t for chemists to attend as narrow specialists, said Leiv Sydnes, Iupac past-president and co-chair of the International Advisory Board, but to contribute to solving broader practical problems.

As such, Turin was an appropriate venue. Chemistry in Italy is currently going through a period of transition from fundamental to applied research, said Francesco De Angelis, president of the Italian Chemical Society (SCI). This shift has been triggered by a sustained fall in government funding, forcing chemists to look more widely for support. However, the public’s perception of chemistry is improving, and numbers of students taking the subject is rising, he said. The SCI, which represents only chemists in research, has around 4500 members, up 10 per cent in the last year.

De Angelis puts chemistry’s improved image down to a recent agreement between the SCI and the WWF, which has 300,000 members in the country. The agreement sees the two bodies working together to communicate chemistry’s benefit to society, while reminding chemists of their responsibility to the environment.

Chemists must routinely consider whether their research could be misused, including the possibility of making chemical weapons or dangerous drugs, according to a proposed Iupac code of ethical conduct.

The draft code follows collaboration between Iupac and the Organisation for the Prohibition of Chemical Weapons (OPCW), which implements the 1997 Chemical Weapons Convention (CWC). This international treaty covers the misuse of all toxic chemicals, and the OPCW is pushing for chemists to consider it in their everyday work.

Source: © BASED ON INFORMATION FROM OPCW

The proposal is being led by Graham Pearson, visiting professor of international security at the University of Bradford, UK. Pearson, former director general of the UK’s Chemical and Biological Defence Establishment at Porton Down, said that while the idea for the code came out of discussions on chemical weapons, it would cover all aspects of chemistry with the potential for misuse, including syntheses for drug molecules and persistent pollutants. ’Chemistry does a great deal of good, but it does have the potential for causing some harm, and you should at least think about that before you start work,’ said Pearson, who suggests that ethical questions could be considered as part of health and safety assessments.

Pearson and colleagues met at the Iupac general assembly in Turin to discuss their project’s progress. The code is expected to spend a further three years in development, allowing national chemical societies to contribute to the text. These guiding principles could then be incorporated into national bodies’ own codes of conduct. The Italian Chemical Society (SCI) has already drawn up a ’charter of ethical principles’, and hopes that young chemists would sign a declaration promising to adhere to the code. But Stuart Parkinson, director of UK-based lobby group Scientists for Global Responsibility, questioned the ultimate value of ethical codes. Many professional bodies already have codes of some form, but these often shy away from including anything overtly political, he said.

It would certainly help if ethics became a part of scientists’ lifelong education, agreed Pearson: ’Discussing from a young age how different people react to ethical issues and dilemmas would be much more useful.’