Concern about the overall employment picture for chemical professionals in the US has prompted the American Chemical Society (ACS) to examine the issue, under the direction of president Donna Nelson. When Nelson was running for ACS president in 2014, she sent emails to members asking which issues mattered most to them. The 1500 responses she received confirmed that jobs are the biggest concern for ACS members. 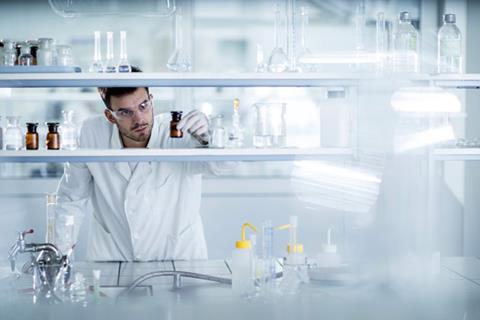 Nelson, an organic chemistry professor at the University of Oklahoma, set up an employment task force, which presented its findings at a 13 March session of the ACS annual meeting in San Diego, California. ‘Employment has been an issue of concern for a lot of people,’ said Bryan Balazs from Lawrence Livermore National Lab, an ACS member who sits on the task force.

Balazs made an interesting, if unsurprising, discovery after examining the number of chemists receiving a bachelor’s between 1989 and 2003. It turned out that when the number of students receiving chemistry degrees drops, the job market for chemists is described as more robust. A similar, though less dramatic, trend was also seen for master’s and PhD degrees.

In contrast, when the number of chemistry graduates increases, unemployment in the field is high and the job market is described as poor. ‘When the supply of bachelor’s degree chemist outpaces the demand, then you get into a problem, and the inverse is true,’ Balazs explained.

The current unemployment rate of new chemistry graduates is about 12.5%, according to Karl Haider, head of business growth services at Bayer’s high-tech polymer materials supplier Covestro. About 55% of newly minted chemistry graduates are employed in industry, noted Haider, who also sits on the ACS task force. Over the last 10 years, he said, there has been a steady increase in this unemployment rate.

Balazs said the latest data from the US Bureau of Labor Statistics estimates that jobs in the physical sciences, engineering and life sciences sectors will rise by 13.5% from 2012 to 2022. For biochemists and biophysicists, the figure over that same period is predicted to be 18.6%, while jobs for chemists are only projected to rise by 5.6%. However, the outlook is worse for chemistry-related fields in manufacturing.

Balazs said chemical equipment operator jobs are projected to fall by 8.3% over the next decade. In addition, an 11.5% decline in chemical plant system operators is anticipated, while basic chemical manufacturing jobs are projected to drop by almost 12%. Balazs added that if you weigh up job creation in the chemistry sector over the next decade then the US is creating almost 10 times more chemists than it has jobs for.

Tiffany Hoerter, a task force member who works at DuPont, painted a similar picture. She presented data from the ACS and National Science Foundation showing a ‘sharp rise’ in the number of chemistry undergraduate and graduate degrees being granted by US institutions from 2004 into the present. She noted that salaries in the chemistry sector are also stagnant or falling across all three degree levels, as well as for new graduates and senior chemists.

The influx of foreign-born students or chemists coming into the US to work or study appears to be contributing to the problem. Although there was a temporary drop in the number of foreign students entering the US after the attacks of 11 September 2001, the number of international students coming to the US each year has now hit a high of 1 million.

ACS members have proposed many suggestions to the task force about how to address this imbalance, including instructing US universities to produce fewer chemists and reducing immigration. Meanwhile, the task force is urging the ACS leadership to examine US chemical education more closely to determine what is working.

Members of the task force advise the ACS to be transparent with its membership regarding the employment situation for chemists at all degree and career levels. They also urged the ACS to consider advocating for business-friendly legislation that supports not only chemistry jobs in the US, but also internationally.

For example, Wayne Jones, who chairs the chemistry department at the State University of New York at Binghamton, described immigration as a two-way street. He suggested that the ACS encourage its members to pursue job opportunities abroad. ‘We need to stop thinking about the US as the only place where the jobs are,’ Jones said.