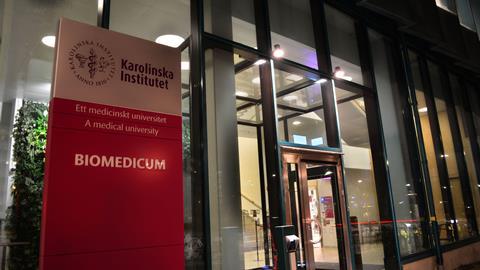 A Swedish medical university plans to rename an auditorium, building and two streets on its campus that were named after racist scientists. Stockholm’s Karolinska Institute is taking the action to distance itself from the unsavoury views held by these scientists, including a chemistry Nobel prize-winner.

The institute, which houses the body that awards the Nobel prize in medicine, announced on 2 November that it plans to rename a room, building and road named after Anders Retzius and his son Gustaf. Both carried out research in the field of eugenics and their work on anatomy – which would be deemed unethical and illegal by modern standards – sought to promote the idea that Nordic and Germanic races were superior to others.

‘They espoused values that are not in concordance with the core values that we as a university should adhere to,’ said the institute’s rector Ole Petter Ottersen in an online video.

The Karolinska Institute is also contacting city authorities to rename ‘von Euler Street’ to ‘Ulf von Euler Street’. This is to distinguish between 1929 chemistry Nobel laureate Hans von Euler-Chelpin and his son Ulf, who won the 1970 Nobel prize in medicine for work on neurotrasmitters. Hans von Euler-Chelpin openly expressed Nazi sympathies, while Ulf who worked at the Karolinska Institute for 32 years, is not known to have publicly shared any political views, the university notes.