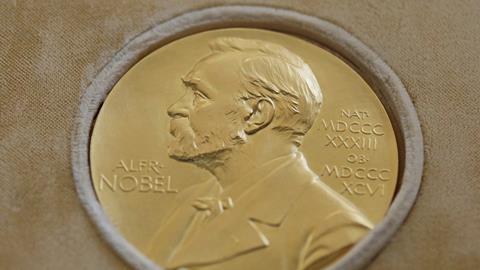 On the heels of announcing this year’s chemistry Nobel prize, the secretary general of the Royal Swedish Academy of Sciences, Göran Hansson, has announced that there will be no quotas for women or minorities when choosing laureates. ‘It is sad that there are so few women Nobel laureates and it reflects on the unfair conditions in society, particularly in years past but it is still existing,’ the head of the organisation that awards the Nobel prizes told Agence France-Presse. ‘And there’s so much more to do,’ he added.

Hansson – who also serves as vice chairman of the Nobel Foundation’s board of directors – said efforts will be made to ensure that women serve on the committees that determine who receives the awards. However, he said ‘different attitudes’ are needed toward women who enter scientific fields so that they have fair opportunities to make the discoveries that wind up earning Nobel prizes. Hansson also emphasised that because the current selection process lacks such quotas there is no doubt that the women who earn these honours do so because they are the best in their fields and made the most important contributions.

Hansson’s remarks followed criticism by the organisation UN Women that less than 60 women have received Nobel prizes since they were first awarded in 1901. Seven of these 59 were in chemistry, two of which were awarded last year, and four were in physics. This year, the only female to receive the honour is Filipino-American investigative journalist Maria Ressa, who shared the Nobel Peace Prize with Russian journalist Dmitry Muratov.

‘A change is needed in Nobel award process – geographic bias, few nominees of women and people of colour, and tradition limit awardees and repeats a cycle of exclusion,’ Michael Lairmore, the past dean of the University of California Davis school of veterinarian medicine, tweeted on 13 October.