Keeping lipstick evidence in the bag

Clues on tissues, drinking glasses or cigarette butts give vibrational fingerprints but can avoid contamination 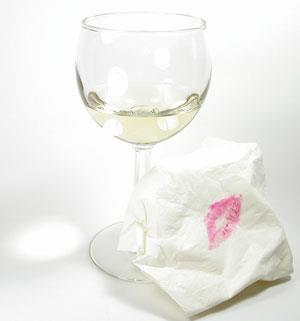 A new study shows it is possible to distinguish between types of lipstick on crime scene evidence without needing to remove it from the evidence bag, helping forensic scientists avoid sample contamination or destruction.

Lipstick marks can link someone to a crime scene. They can also establish physical contact between individuals for cases of violent crime.

Current forensic lipstick analysis relies on techniques such as microspectrophotometry, high performance liquid chromatography and energy dispersive x-ray analysis. These techniques, however, are not ideal for forensic investigations as they are either destructive or require a level of human opinion.

Michael Went, from the University of Kent in the UK, and colleagues have shown that vibrational fingerprints obtained by Raman spectroscopy can distinguish between different brands and types of lipstick. Lipstick smears on glass slides, cigarette butts and tissues were successfully analysed even when kept in evidence bags.

‘Continuity of evidence is of paramount importance in forensic science and can be maintained if there is no need to remove it from the bag,’ explains Went.

Claire Gwinnett, a forensic science researcher at Staffordshire University in the UK says, ‘studies such as this, which explore methods that remove the need for sample preparation and allow analysis of small amounts of sample through evidence bags, are very valuable.'

Before an analysis method is adopted for a particular type of sample it is important to establish that it is fit for purpose. Steven Bell an expert in using Raman spectroscopy for forensic analysis at Queen’s University in Belfast, UK, says this work is a good example of how to move the field forward by testing a method in realistic conditions. ‘The level of discrimination they have achieved, even with samples on difficult substrates, is impressive,’ adds Bell.

However, Kelly Sheridan, a forensic scientist who specialises in trace evidence at Northumbria University in the UK says this technique would require out-sourcing as very few, if any, of the major Forensic Science Providers in the UK house the necessary instrumentation, adding to the chain of custody and increasing the potential for contamination. ‘The challenge for academia is to find harmony between the vast possibilities that are open to it with the practicalities faced by Forensic Science Providers.’

Next on the team’s agenda is to apply Raman spectroscopy to other types of cosmetic evidence like foundation, eye liner and skin cream.