Chemists in Japan have created the first material that can undergo a photoreversible transition from metal to semiconductor. The breakthrough heralds applications in ultra high density data storage, with 500 times the density of a Blu-ray disc.

The past decade has seen a growing interest in ways to switch the physical properties of matter. Temperature and pressure can both turn materials, say, from insulators to metals, or from non-magnetic to magnetic, but they are difficult to control in complex memory devices. As a result, researchers have been looking at photoinduced phase transitions, for which the key stimulus is laser light. Recently, laser light has been shown to switch certain materials from amorphous to crystalline, from neutral to charged, or from one colour to another. 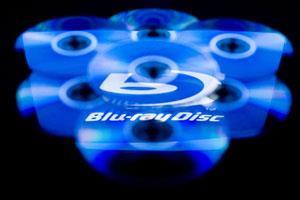 Now, Shin-ichi Ohkoshi and colleagues from the University of Tokyo have produced what may be the most useful photo-induced transition. According to the researchers, the metal-to-semiconductor transition satisfies the three major requirements for optical data storage: it works around room temperature; the stimulating light is ultraviolet, which is essential for high memory density; and the light only needs to be of modest power to keep the memory maintained.

’What I find most interesting for potential applications is the fact that the obtained material is nanostructured - ie it intrinsically possesses a very high resolution and hence may be suitable for ultra high density data storage,’ says Alex Kolobov, an expert in phase-change materials at Japan’s National Institute of Advanced Industrial Science and Technology.

Indeed, Ohkoshi’s group believe a memory system based on the nanocrystals would be able to accommodate data densities of 1 terabit/inch2, or 500 times that of a standard Blu-ray disc. They are now thinking about creating such a system using the ’near field’ light from a scanning probe microscope.