German industrial gas specialist Linde and US rival Praxair have agreed to merge, after on-and-off negotiations, to create the world’s largest supplier of industrial gases. The combined company would have a current market value of more than $65 billion (£53 billion). 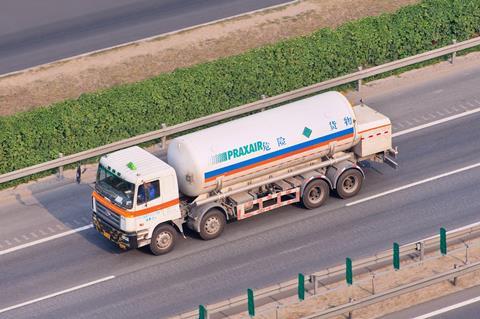 ‘This is a very big deal in the chemistry industry overall, and especially in industrial gases,’ says David Silver, a senior research analyst at Morningstar who covers global industrial gases. ‘It’s a huge consolidation step.’

After French industrial gases supplier Air Liquide last year purchased Airgas, it surpassed Linde as the largest industrial gas company in terms of sales. However, Praxair merging with Linde will create the global leader in the industry in terms of both sales and geographic footprint.

‘Geographically speaking, these two companies are complementary – Praxair is strong in North and South America, and Linde is strong in Europe and Asia,’ Silver explains. ‘Putting the two together makes them the number one player in each of those four regions.’

The industry is already largely consolidated: Linde, Praxair, Air Products and Air Liquide together control about 85% of worldwide revenue from industrial gases, according to Silver. ‘There will now be [only] three companies competing in this industry on a global basis,’ he says. ‘It has implications for the industry in terms of growth and competition – customers would like to see more suppliers rather than fewer.’

Another attraction to the deal is that the companies’ in-house strengths are also complementary. Praxair is considered a leading operator in the industry, and its plants and processes generate high profit margins. Meanwhile, Linde has a lower operating margin but has one of the leading in-house engineering groups, Silver explains.

The combination of Linde and Praxair is interesting historically, given that both were originally set up by German refrigeration pioneer Carl von Linde. The company that eventually became Praxair started as the US division of Linde, but was appropriated by the US government after the first world war.