Mallinckrodt ordered to clean up US river mercury pollution

Mallinckrodt, former owner of a long-defunct chlor-alkali plant on the Penobscot River in Maine, US, will have to pay at least $187 million (£167 million), and up to $267 million, for mercury remediation under a settlement approved by a federal district court judge on 11 October. 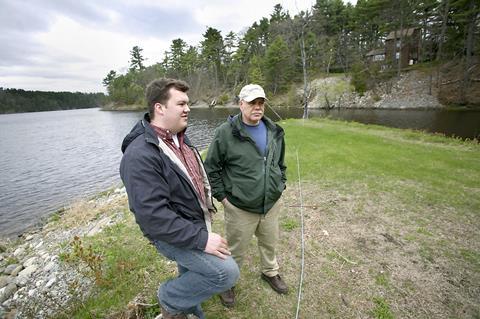 The agreement resolves litigation begun in 2000, when the Natural Resources Defense Council (NRDC) and the Maine People’s Alliance sued Mallinckrodt, as previous owners of the HoltraChem plant in Orrington. That same year, HoltraChem filed for bankruptcy and shut the plant down.

The plant produced chlorine bleach for paper mills from the late 1960s until 2000, as well as chlorine, sodium hydroxide and related products. Its mercury cells released the toxic metal into the environment on a daily basis through contaminated brine sludge, amounting to an estimated six to twelve metric tons between 1967 and 1982. Mercury was also released into the environment through air and groundwater emissions.

Since the river, estuary and several species of wildlife inhabiting them currently contain elevated mercury levels, the state advises limiting consumption of waterfowl, and has closed a portion of the lobster and crab fishery at the river’s mouth.

Under the settlement, Mallinckrodt is required to pay at least $187 million to independent trusts that will manage the clean-up and restoration of the river and surrounding communities.

In a statement to several news outlets, including Maine Public, Mallinckrodt spokesperson Mark Robinson indicated that the company is satisfied with the final settlement. ‘The parties reached agreement after thorough and thoughtful discussions, and the court’s approval reinforces our belief that the terms will deliver measurable benefits, mitigate risk wisely and promote the best interests of the Penobscot River and its surrounding communities,’ he said. ‘We look forward to working with the trustee as remediation takes place.’