Mass extinction the result of acid rain and ozone loss 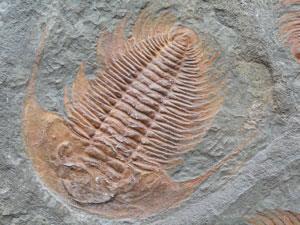 Was severe damage to the ozone layer responsible for the extinction of trilobites and 90% of Earth's life?

Widespread rain as acidic as lemon juice and the destruction of as much as 65% of the ozone layer may have played a major role in the largest mass extinction in the fossil record. This conclusion was reached by a US team that used geological samples to develop a climate model that predicted extreme atmospheric effects that could have been behind the mass extinction at the end of the Permian.

Sometimes called The Great Dying, the mass extinction event 252 million years ago saw the death of around 90% of all living species, including the trilobites, sea scorpions and two major groups of coral. Why this happened has been the subject of considerable scientific debate with the primary suspect large-scale volcanism in the Siberian Traps.

Starting with igneous rock samples from Siberia, lead author Benjamin Black and colleagues estimated the amount of sulfur and halogens released by 27 individual eruption episodes from late-Permian volcanoes. From this, they adapted a global climate model to simulate the effects of these gases on the atmosphere.

The models predicted that carbon dioxide and sulfur emissions were substantial enough to create widespread bouts of acid rain in the northern hemisphere – with pH levels reaching up to 2. In addition, the team believe that the gases may have led to the destruction of between 5–65% of the ozone layer, increasing the planet’s exposure to damaging ultraviolet radiation. Together, these catastrophic changes to the climate may have played a major role in wiping out the majority of life on Earth.

‘The results allow us to actually make maps of the likely severity and extent of acid rain and ozone depletion,’ explains Black, a geochemist at the Massachusetts Institute of Technology, adding that the distributions of these two phenomena predicted by the model turned out to be quite different. ‘My hope is that palaeontologists and geochemists will be able to compare these differences with the spatial distribution of their own data to test the importance of acid rain versus ozone depletion versus other atmospheric stresses (like global warming or cooling) during the Permian–Triassic.’

‘The environmental changes evaluated by Black et al have been previously proposed as kill mechanisms [for the late Permian extinction], but their effort is the first to provide quantitative estimates of the decreases in atmospheric ozone and rain water pH,’ says Alvaro Montenegro, a palaeoclimatologist from Ohio State University, US. ‘Their work is an important contribution to the fascinating story we have been slowly putting together about the largest hurdle life has ever overcome.’

Paul Wignall, a palaeontologist at the University of Leeds, UK, seconds this appraisal – but draws notice to the fact that the acid rain effects would have been localised to the northern hemisphere. ‘The take home point for me,’ he says, ‘is that [the] ozone depletion looks more globally significant.’

Looking to the future, Black and his team are now hoping to move onto studies of the radiative effects of sulfur, which, when injected into the stratosphere, can lead to short, intense bursts of cooling. ‘I'd like to try to better quantify that effect for the Siberian Traps,’ he says.