Scientists make model to study bioconversion of coal to methane 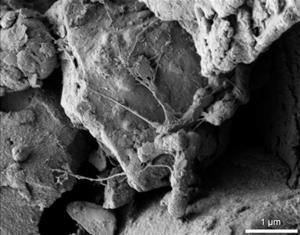 With energy demands rising and the increasing importance of low-carbon technologies, scientists in Canada are investigating the microbial conversion of coal into methane, to find a way that coal, especially low grade unmineable coal, can be used, whilst minimising its environmental impact.

Methane, the primary constituent of natural gas, releases significantly less carbon dioxide, when burned, than coal. Biological generation of methane in a coal seam results from microbial activity that starts during the early stages of coal formation. Increased pressure and heat eventually destroys the microbes, but secondary methane production can occur when meteoric water infiltrates the cooled coal, bringing new microbes and nutrients.

The researchers, led by Sushanta Mitra at the University of Alberta, built a system, which allows fluid through a column under controlled pressure and temperature conditions, to mimic the natural coal environment so they could identify any dynamic processes. Crushed coal and methanogenic, microbial cultures were placed inside the column, before being flooded with a mineral salt medium to encourage microbial growth.

During the research the physical properties of the coal pack changed. The scientists detected methane production and metabolites associated with the anaerobic biodegration of hydrocarbons.

‘The public is increasingly demanding environmentally friendly energy that is low cost’, says Mitra, ‘meeting these demands will require a variety of energy resources and I believe that bioconversion of coal is one solution’. Value added products such as succinic acid were also produced, increasing the commercial viability of the process.

Bu Jie, a process science and modelling researcher at the Institute of Chemical and Engineering Sciences in Singapore, sees potential in this new area: ‘This work is novel and interesting, with possible future applications. The science is relatively new, so there is scope for improvement to increase methane yields and conversion of the coal’.

The team are now looking to work with industry to deploy this technology in the field.