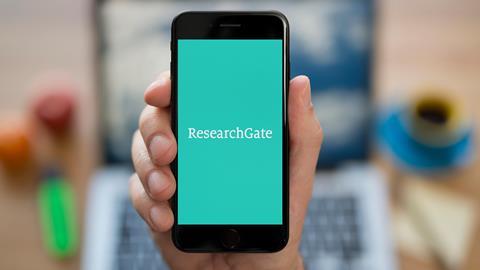 Nature journals open their doors to sharing papers with ResearchGate

The full-text of scientific articles published in more than 20 Nature journals since November 2017 will now be freely available through academic networking site ResearchGate. This is thanks to a new pilot programme that aims to make it easier for the website’s users to read and download research on or off campus.

The pilot project builds on an agreement reached between ResearchGate and three publishers – the other two were Cambridge University Press and Thieme – back in April 2018 to support the sharing of scientific articles. As part of that arrangement, ResearchGate vowed to promptly remove copyright-infringing content from its site when notified by the publisher.

Publishers including the American Chemical Society (ACS) and Elsevier have accused ResearchGate of illegally sharing millions of copyrighted articles, and sued the site for a second time in October. In the most recent legal complaint, ACS and Elsevier estimate that the social networking website has distributed more than 3100 of their research papers, and they claim they’re entitled to $150,000 (£113,809) per infringement.

Meanwhile, the dispute between Springer Nature and the social networking site appears to be settled. ‘We’ve been working with ResearchGate exploring how best we can serve the academic community for some time now,’ said Susie Winter, who directs communications for Springer Nature, in a statement to Chemistry World. ‘We believe that ResearchGate, as the largest scholarly collaboration network, is an important partner for us to ensure our authors’ research reaches the widest possible audience.’

Not all publishers are enthusiastic about the pilot, however. The Coalition for Responsible Sharing (CRS) – a group launched in October 2017 whose membership now includes 17 scientific publishers, including the ACS and Elsevier – is warning that the new pilot programme does not address its ‘fundamental concern’ about ResearchGate making copyrighted content available on its site. CRS cites data showing that ResearchGate hosts as many as 4 million articles that violate copyright law, and the coalition estimates that many more are added every month.