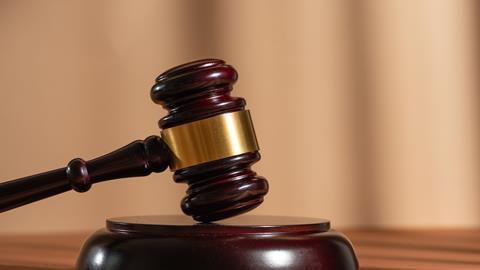 The popular academic social networking site ResearchGate is appealing a 31 January ruling by a district court in Munich, Germany, which ruled that the site is responsible for scholarly papers infringing copyright that were uploaded to its website.

In 2017, publishing giant Elsevier and the American Chemical Society (ACS) – both members of the Coalition for Responsible Sharing – sued ResearchGate alleging copyright infringement in 50 research papers uploaded to the site.

‘We welcome the court’s decision confirming that it is illegal for ResearchGate to make content available on its site without permission from publishers, which it does for its own commercial gain,’ James Milne, chair of the Coalition for Responsible Sharing and president of ACS Publications, said in a statement.

ResearchGate, which is based in Germany and has over 20 million users, declined to comment. In a statement released on 2 February, however, the firm said they had already removed the 50 papers in question and their associated material years ago.

For years, ResearchGate has insisted that publishers send takedown notices for content on its site that infringe copyright. In September 2021, for instance, the site removed around 200,000 files from its site following complaints from Elsevier and the ACS.

Milne, however, wrote in his statement that sending takedown notices is ‘highly disruptive’ to the research community. He added in an email to Chemistry World: ‘ResearchGate is required to change its behaviour and the structure of its site to comply with the verdict and to reduce the risk of being held liable for illicitly hosted content.’

More recently the site has adopted a content blocking system following changes in German and EU copyright law. ‘These measures are available to any publisher who wishes to take advantage of them, and Elsevier and ACS are already using them,’ ResearchGate wrote in its statement.

The court, however, dismissed the damages claimed by Elsevier and the ACS as the publishers weren’t definitely able to prove the acquisition of licensing rights from all co-authors of the manuscripts in question.

In its statement, ResearchGate said it was remarkable that the court dismissed the damage claims based on the publishers’ standard copyright licensing agreements. ‘This ruling has potentially far-reaching implications for the plaintiffs’ ability to assert their copyright ownership in the future,’ its statement reads.

‘What we see is that the publishers are grappling with the popularity of these scholarly communications networks,’ says Lisa Janicke Hinchliffe, an information scientist at the University of Illinois Urbana-Champaign.

A second lawsuit by Elsevier and the ACS against ResearchGate in the US is still ongoing.

Meanwhile other publishers are taking a different tack with ResearchGate, with Springer Nature and Wiley-Blackwell reaching syndication agreements to facilitate the upload of their content on the site.