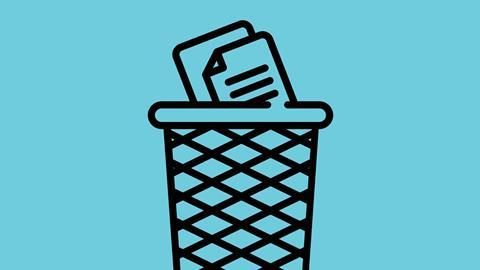 ResearchGate pulls 200,000 files from its site, amid publisher pressure

The academic social networking site ResearchGate has removed about 200,000 files from among the research papers it publicly shares, prompted by a spate of new copyright complaints from Elsevier and the American Chemical Society (ACS). ResearchGate, which is based in Germany and has more than 20 million users, says the majority of these files were Elsevier articles.

While requests to delete material from ResearchGate are not new, these most recent requests were notable because of the number of articles involved. ‘In the context of a community of over 20 million researchers this is unfortunate, rather than existential, but it has sparked an acute reaction from many of our members who believe in the importance of open science,’ ResearchGate stated in a 23 September blogpost.

‘The decision by Elsevier and ACS to simply remove content is disappointing to the entire research community, not just because of the loss to science and researchers, but because there is a better way,’ ResearchGate continued. The site noted publishers like Springer Nature and Wiley have, through a content syndication programme, placed their material on ResearchGate.

The article takedowns generated outrage online. ‘Thank you for your message and the threat to suspend my account,’ Wim Thiery, a climate scientist at Vrije Universiteit Brussel in Belgium tweeted at ResearchGate. ‘To avoid this from happening in the future, my group will never submit a paper to an #Elsevier journal again.’ Thiery posted the letter he received from the site saying that Elsevier had asked for his research be removed, and warning that his account might be permanently locked if his content is reported again. Many other researchers recounted similar experiences, and expressed frustration.

ResearchGate says that it respects the rights of publishers and has always complied with applicable laws. Since its launch in 2008, it has offered a ‘notice and takedown’ process to address allegations that content posted on the site infringes publishers’ copyright. A small number of publishers have taken advantage of these tools.

ResearchGate says it is aware of recent changes in European copyright law in some countries, particularly relating to Article 17 of the Copyright Directive, but it claims not to be subject to such rules because of the nature of its business. It emphasised that Article 17 – which requires that online content-sharing services obtain authorisation from rights holders before making material publicly available – is a directive and not legislation. It is not directly enforceable, and only a small number of countries have implemented it into national law, ResearchGate adds.

Nevertheless, the online platform has started implementing a new system called Jarvis, which matches publisher rights information with user content when articles are uploaded. Jarvis can prevent a researcher from uploading content to ResearchGate that cannot be freely shared. The site is urging authors to comply with any licence terms or restrictions when uploading their content.

The Coalition for Responsible Sharing (CfRS) – a group of five science publishers including Elsevier and ACS and formed in 2017 – has sent hundreds of thousands of ‘takedown notices’ to ResearchGate demanding journal articles be pulled from the site. ‘ResearchGate continues to host and distribute large numbers of journal articles without permission,’ CfRS said in a 27 September statement. ‘Its business model depends on taking this high-quality content, which is written and published by others, and making it available on its site for its own commercial gain without a licence.’ The coalition suggests that the site’s recent mass purge might be so as to comply with Article 17, but could also be related to ongoing legal action.

ResearchGate is facing legal challenges in the US and Germany. Three years ago, Elsevier and ACS sued ResearchGate for copyright infringement in the US. That case, which followed a similar lawsuit the previous year in Germany, is ongoing but has been on hold for over a year.