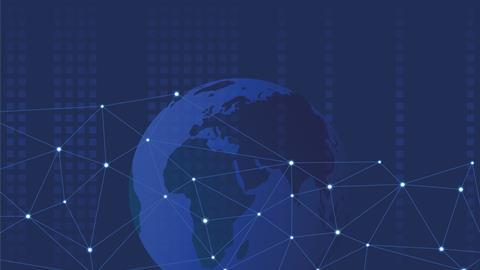 ResearchGate bows to pressure from publishers on copyrighted material

Networking site has moved 1.7 million journal articles from five major publishers so they are no longer accessible to the public

The ResearchGate networking site, which is also used to share scholarly papers, has agreed to the demands of publishers concerned that the site is allowing copyrighted journal articles to be published online illegally. As a result, ResearchGate has agreed to restrict access to papers currently held on its site.

The Coalition for Responsible Sharing (CRS), which is a group of five major science publishers including the American Chemical Society (ACS), announced earlier this year its intent to issue ‘takedown notices’ to ResearchGate to address the fact that many of its members’ articles had been placed in the public domain in breach of copyright law, according to James Milne, who chairs the CRS.

However, in October, before these letters were sent out, ResearchGate moved 93% of the CRS member content – about 1.7 million articles – that is accessible to the public to a separate area where the paper must be requested from the researcher. ResearchGate facilitates that request by connecting them to the authors.

‘Although that is a step in the right direction, it still doesn’t address all of the violations that they have had, and it doesn’t address access to all papers,’ says Milne, who is also the ACS’s senior vice president for publishing but spoke to Chemistry World only in his capacity as chair of the CRS.

The coalition did send two batches of takedown notices in early November, and Milne says the coalition will continue to issue more to target any of the its members’ content that is still in the public domain via ResearchGate. He notes that 7% of the coalition’s content currently remains publicly available on the site.

After analysing the content from non-CRS members that is posted on ResearchGate, Milne says more than 90% of this material remains totally public. ‘This is not right, and not in alignment with copyright,’ he says.

Two of the coalition’s members – Elsevier and the ACS – have launched lawsuits against ResearchGate to seek legal clarification about the site’s copyright responsibilities. ‘We are pretty clear that they are not operating legally and we are asking the courts to rule on that,’ Milne says. ‘ResearchGate is a commercial entity with significant venture capital and what they are doing isn’t good for the research communication ecosystem,’ he adds.

Meanwhile, an effort is underway to develop a new non-profit scholarly networking and publishing platform dubbed ScholarlyHub, to serve as an alternative to services like ResearchGate. The initiative, spearheaded by University of Amsterdam historian Guy Geltner, aims to become a member-run and owned, non-profit portal for sharing and improving scholarly communication.

Geltner says that sites like ResearchGate have ‘made an art from the massive use of legal loopholes regarding copyright and intellectual property’, and are backed by tens of millions of dollars in venture capital whose providers benefit from high profit rather than quality scholarship. Geltner adds that what he calls ‘Robin Hood sites’ like Sci-Hub – a pirate site hosted in Russia that also provides illegal access to millions of scientific papers and recently lost costly legal challenges to the  ACS and Elsevier – do not offer a sustainable alternative to ResearchGate because their actions will lead to declining investment in scholarly publications.

An initial investment of €500,000 (£445,000) will be required to build an alternative service like ScholarlyHub, according to Geltner’s calculations. He and his partners on the project are primarily seeking this funding from individual supporters. The project aims to attract paying members through learned societies, research universities, non-government organisations, libraries and other sources.