Ukrainian higher education is on the verge of big changes, prior to a long-awaited adoption of the new law On Higher Education, scheduled for the end of this year. 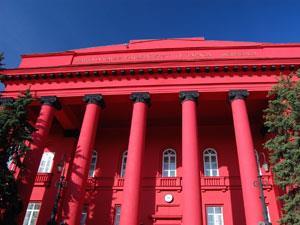 The new law has been developed by a group, headed by the rector of the National Technical University of Ukraine, Kyiv, Michael Zgurovsky, for the past four years, and introduces several new innovations for the Ukrainian higher education.

One of the most important is the expansion of universities’ financial autonomy, by allowing the organisations to manage cash funds themselves. This is expected to help universities to improve their resource base and to start more quality staff training.

In addition, universities will have the opportunity to organize their academic activities, without intervention from the Ministry of Education. The new bill also aims to attract foreign scientists to Ukranian universities by simplifying the process of recognizing of their foreign degrees and raising student scholarships up to a living wage.

However, the new law has already sparked fierce protests from some representatives of the Ukrainian student community, as well as universities. These groups claim that the new gives universities unprecedented control over their administration and could allow them to raise tuition fees without dialogue or consultation.

According to the youth organization Fund for regional initiatives, the bill poses a threat of  ‘further commercialization of the Ukranian higher education and may result in inaccessibility of higher education to average citizens.’ Student groups are also angry that, according to the new law, the cost of tuition could be estimated in Euros or US dollars.

In the meantime, the position of students has already been supported by some leading Ukrainian analysts in the field of higher education. Maria Zubryts’ka, provost of the Lviv National University, one of the leading Ukrainian universities, comments: ‘The new law of Ukrainian Higher Education is a step backwards. The state rhetoric about the autonomy of the Ukrainian universities is unfounded and has nothing to do with academic freedom. The planned centralization of higher education does not meet either the spirit of the time, nor public demands.’

However, despite protests, the new law is expected to be approved in the coming months. According to Nykolay Azarov, the Prime Minister of Ukraine, the Ukrainian Cabinet Council may approve the new law by 8 August, after which they will send it to the Ukrainian parliament, which may take a decision by the end of the current year.