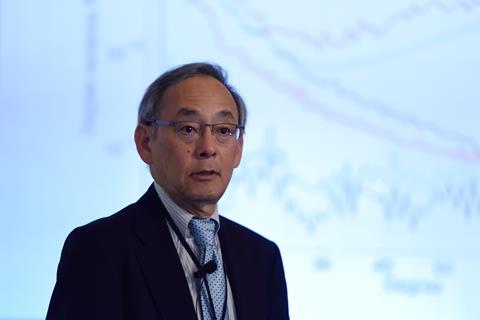 Nobel prize winning physicist Steven Chu, who led the US Department of Energy (DOE) under former President Obama, has been named as the next president-elect of the American Association for the Advancement of Science (AAAS). Currently a physics professor at Stanford University, Chu will begin his three-year term as an officer and member of the AAAS board of directors’ executive committee at the organisation’s annual meeting in Austin, Texas, next month. ‘Never has there been a more important time than today for the AAAS to communicate the advances in science, the methods we use to acquire this knowledge and the benefits of these discoveries to the public and our policymakers,’ he said.

Chu previously ran the DOE’s Lawrence Berkeley National Laboratory and was the first career scientist to lead the organisation in its more than 30-year history. Chu has spent a good deal of his career promoting the discovery of environmentally-friendly alternatives to fossil fuels. He will replace Margaret Hamburg as AAAS president-elect, who will transition to the role of AAAS president. Meanwhile, Massachusetts Institute of Technology neuroscience professor Susan Hockfield will move from being AAAS president to chairing the organisation’s board of directors.