Most US universities unprepared to deal with a deluge of freedom of information requests, report finds 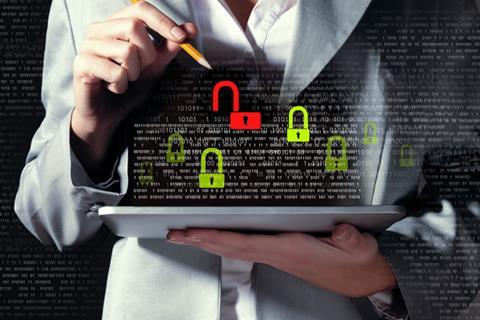 The ease with which data can be shared and analysed has been a boon to scientists, but the rise of electronic communications has also meant conversations that used to occur in person are now recorded. And this has opened up scientists working in politically sensitive areas to frequent requests for their emails under US freedom of information laws. In a new report on the topic the Union of Concerned Scientists (UCS) said that these laws are now being used to bully and harass scientists. The UCS added that snooping on researchers’ emails has become ‘the 21st century equivalent of tapping their phone lines or bugging a lab’s water cooler’.

All US states have open records laws that allow the public access to documents or records. This means that universities, which are partially funded by taxpayer dollars, are subject to these laws.

The report says universities are often not ready to deal with very broad open records requests and panellists discussing the report at the recent annual American Association for the Advancement of Science (AAAS) conference in San Jose, California agreed. They suggested that professional societies should recognise that what is in the best interests of a university is not always preferable for individual researchers and offer them legal assistance to protect their privacy.

Experts at the meeting also urged state legislators to examine their open records laws to ensure that they include appropriate exemptions for science but are not so broad that accountability is compromised. Further, meeting participants advised academics and public institutions to consider how they will respond to the use of broad open records requests.

It is, however, a delicate balance. The panellists endorsed public access to information about who is funding an academic’s work and any influence the funder has on the content of that research.

One example cited involves the University of Kansas, where Students for a Sustainable Future is seeking email correspondence of economist Art Hall regarding his relationship with the billionaire Koch brothers, who own an oil corporation. Hall has spoken out publicly against Kansas state renewable energy standards.

Hall filed a lawsuit to prevent the university from releasing his emails, citing defence of academic freedom and, in December 2014, a judge issued a temporary restraining order. However, the American Association of University Professors (AAUP) Kansas conference helped the students raise funds to gain access to the correspondence.

The AAUP Kansas conference argues that funding relationships are fair game, but not intellectual property. ‘If a precedent is set which allows any public employee engaging in scholarly endeavours at a public institution to hide his/her professional communications with agents who are funding the work, then it can call into question all such research at so-funded institutions and thereby damage the reputation of the institution as a whole,’ wrote Ron Barrett-Gonzalez, the president of the AAUP’s Kansas conference in December. The legal case is still ongoing.

During the AAAS session, embattled climate scientist Michael Mann, who was formerly with the University of Virginia and is now at Penn State University, discussed the issue. Mann was repeatedly subpoenaed for various records, including emails, by Virginia’s attorney general and others beginning in April 2010. He recounted how he involuntarily became a public figure after publishing the ‘Hockey stick graph’ that became an icon of humanity’s contribution to climate change.

‘When you become a symbol in the climate change debate, there are those who want to knock you down,’ Mann said. He noted that Penn State has a special status that exempts it from open records requests, but said at other universities there is ‘a fight going on to define the limits’ of what information can be demanded under open records and freedom of information laws.

Such requests, according to Mann, stifle innovative research. He suggested that funding agencies worry they will be harassed if they support a controversial researcher and said that might lead them to fund less provocative work. ‘I am guessing that this has had a chilling effect on scientists’ willingness to be frank in public comments and with government funding agencies being somewhat conservative in their funding decisions,’ Mann added.

He also expressed concern that that young researchers will decide to go into politically safe fields. ‘It is intentional, it is not just to throw sand in the gears of climate science and chill the discourse, but also to dissuade other scientists who might think of stepping up to the plate and work in this field,’ Mann stated.

But experts noted that there are exemptions in public records laws to protect intellectual property and there are exemptions in all freedom of information laws to protect privacy. In addition, there is a ‘deliberative process exemption’ in many public records laws that protects all communications deemed ‘pre-decisional’, such as conversations with colleagues while trying to reach a policy or a decision on an issue. This could be a very useful exemption for university professors, panellists suggested.