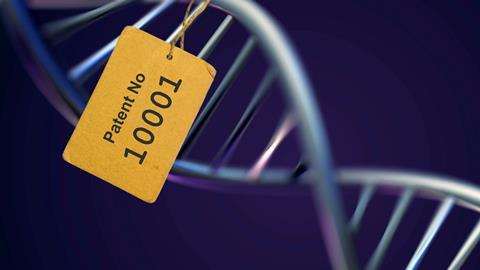 Draft legislation under consideration in the US Congress would overturn perhaps 150 years of legal precedent and permit patenting of human genes, as well as naturally-occurring associations between genes and diseases. But it has been opposed by 169 scientific, medical, patient and other organisations.

In an open letter to the draft bill’s author Thom Tillis and his colleagues, the organisations argue that the measure, if enacted, will hinder the discovery of new treatments for diseases, create barriers for patient access to genomic tests and raise the cost of targeted therapeutics.

The proposed bill, released last month, would overrule a supreme court decision from six years ago that ruled that simple genes cannot be patented, according to the letter’s signatories. In that case from 2013, the US’s highest court ruled against Myriad Genetics, deciding that the BRCA1 and BRCA2 genes used in breast and ovarian cancer diagnostic tests are not patentable just because they have been isolated, but synthetic DNA is patentable because it doesn’t occur naturally.

In their letter opposing the bill, the organisations argue that the BRCA gene patents, which the supreme court overturned in 2013, had granted Myriad a monopoly with serious consequences for patients. They note that the company had exclusive rights to clinical testing of both genes and shut down genetic testing performed by other labs. The lack of competition caused the cost of the company’s test to rise dramatically over time, the letter’s authors assert.