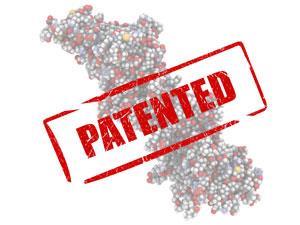 Patents on the actual BRCA genes are no longer valid

The US Supreme Court has ruled that simple genes cannot be patented. In a long-running case against Myriad Genetics, the court decided the BRCA1 and BRCA2 genes are a ‘product of nature, and not patent eligible merely because [they have] been isolated’. The US Patent and Trademark Office (USPTO) says it is ‘closely reviewing the decision’, and will issue more comprehensive guidance on what is patentable in the DNA field in due course.

‘A core argument made by Myriad that the breaking of chemical bonds [to create a non-naturally occurring molecule] during the isolation process takes it outside the realm of a product of nature,’ explains Jordan Paradise, associate professor at Seton Hall Law School in Newark, US. The judgment stated that the location and order of the nucleotides existed in nature before Myriad found them.

The court’s decision is final. It does not invalidate the entire patent – merely those claims for isolated and purified DNA – but the court affirmed that complementary DNA (cDNA) is patentable because it is not naturally occurring, being created in the lab via genetic engineering.

‘One footnote I thought was particularly telling said the court expressed no opinion whether cDNA satisfies the other statutory requirements of patentability,’ Paradise says. In other words, cDNA patent claims will not necessarily be valid – they will still have to meet all the other demands – but the court says they are not products of nature, and thus cannot be struck down for this reason alone.

Myriad’s BRACAnalysis tests for genes associated with a higher risk of breast and ovarian cancer in women. They recently made headlines after Angelina Jolie announced she’d had a preventative double mastectomy after testing positive. Tellingly, in her op-ed piece in the New York Times, she described the more than $3000 (£1940) cost of the test as an ‘obstacle’ for many women. Myriad can charge such a high price as its patents prevent competition.

The company says it still has more than 500 valid and enforceable claims in 24 patents covering the test, and Peter Meldrum, its president and chief executive, believes the court has ‘appropriately upheld our claims on cDNA, and underscored the patent eligibility of our method claims, ensuring strong [intellectual property] protection for BRACAnalysis’. Nonetheless, rival companies such as Quest Diagnostics say they have already plans to market their own BRCA tests.

Arthur Caplan, head of the division of bioethics at New York University’s Langone Medical Center, US, believes the court made the right decision. ‘I think when you have patents on things that exist in nature without changing them, altering them or finding a piece of equipment that can be used to detect them, you have not invented anything – you have discovered something,’ he says. ‘It isn’t patentable – it’s publishable. I think the court decision was way overdue.’

Caplan says the USPTO’s process is flawed. ‘I think there is going to be some turmoil with past patents as a result, and not just human – microbial, plants and animals as well,’ he says. ‘Things like GMO foods will be OK, as they include manipulations such as deletions and alterations. But all the patents out there on existing genomes will have to be revisited.’

However, he says, this does not mean the end of genetic patents. ‘Work is now in synthetic biology and genetic engineering, so I think we will still see many patents,’ he says. ‘But they will be for modifications to the natural world, and I have no problem with patenting these.’

The comments about cDNA were helpful, according to John Murphy, chief counsel at Skyepharma and chair of the UK Bioindustry Association’s intellectual property advisory committee. ‘If they hadn’t made those comments, it would have left a rather bigger hole [in terms of patentability], and there would have been more concern,’ he says. ‘With these comments, most companies will, to some extent, have anticipated the situation, and their patent agents will have provided claims that still give sufficient protection.’ He adds that this is particularly important for small companies who need intellectual property protection in order to secure funding.

In Europe, genes can still be patented, but they have to satisfy the other requirements for invention. ‘Basically, you have to say what the gene does,’ Murphy says. ‘The patent situation is different in the US and Europe, and if anything the decision introduces a little more difference, as patents for DNA per se in the US are not going to be granted.’

Overall, Paradise believes it is a great decision. ‘If you ask the general public whether DNA should be patented, the overwhelming reaction is no, it would be crazy,’ she says. ‘It’s a win for the public as their perception is of big bad companies patenting our DNA and taking our personhood. It is going to force companies to think differently about drafting their patent claims.’