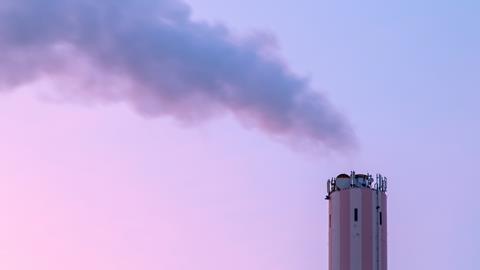 Amid backlash from environmental and social justice advocates, the US Environmental Protection Agency (EPA) has cancelled a study that would have investigated what happens when per- and polyfluoroalkyl substances (PFAS) are incinerated, and the agency’s chief is blaming the project’s shutdown on a former employee. Rather than burning PFAS, the cancelled study would have investigated the incineration of similar chemical compounds that the EPA deems safe.

Nevertheless, concerns expressed by community groups that the study might be unsafe led the DEP to ask that the EPA relocate the proposed study. In response, the agency announced its cancellation on 25 August.

EPA chief Andrew Wheeler put the onus for the project’s demise on former EPA official Judith Enck, who served as a regional administrator for the agency under former President Barack Obama and apparently publicly expressed concerns that the planned experiment might pose health or environmental risks. ‘Former Obama administration EPA leader Judith Enck’s unprofessionalism, personal ignorance and dishonesty has single-handedly shut down the Rahway study setting back the agency’s research efforts on PFAS – an emerging chemical of concern and top priority of the Trump administration,’ Wheeler said.

‘Due to Enck’s meritless claims, the study has been cancelled to the detriment of science, a better understanding of PFAS, and the protection of public health and the environment,’ he continued. ‘Enck has a history of politicising science surrounding PFAS and making baseless claims about these chemicals.’ The planned study would have shed light on whether or not PFAS compounds are destroyed by incineration, Wheeler added.

The Environmental Working Group (EWG) called Wheeler’s remarks a ‘vicious personal attack’ on Enck, and added that she is a leading environmental advocate in the area of Hoosick Falls, New York, which has been affected by PFAS contamination.

EWG, which recently published research that found burning materials containing PFAS does not effectively contain or destroy them, argues that more research on PFAS waste disposal is urgently needed.

In a 26 August statement, the organisation said the fate of PFAS under the current operating conditions of commercial incinerators is largely unknown, and the organisation urged further research on PFAS combustion in various types of incinerator facilities. But, EWG also warned that such tests should be planned and conducted in a fully transparent manner, with the consent of the nearby residents. ‘The idea of a test burn in a location with large communities of colour raises concerns about environmental justice,’ said Olga Naidenko, the group’s vice president for science investigations.