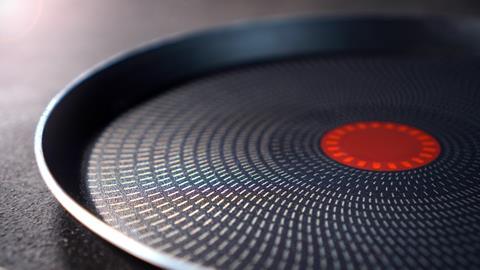 EU countries have announced a plan to treat almost 5000 chemicals that fall under the family of per- and polyfluoroalkyl substances (PFASs) as one class of compound, and to regulate them under the EU’s Registration, Evaluation, Authorisation and Restriction of Chemicals directive.

These highly fluorinated synthetic chemicals are used in greaseproof food packaging, non-stick surfaces and water- and stain-resistant textiles, and have been produced around the world since the 1940s. However, the compounds are mobile and extremely persistent and research has linked some of them to significant health problems including reduced immune function, cancer, birth defects and fertility problems.

The document, drafted in December, calls for Europe to eliminate all non-essential uses of PFAS compounds. ‘PFASs need to be phased out and only essential uses allowed until alternatives are available,’ the strategy states, also underscoring that PFASs ‘need to be managed as a group’. In line with the timeframe of the UN Global Goals for Sustainable Development, the nations propose that EU action to phase out PFASs should occur by 2025 at the latest, and that a ban come into force by 2030.

The European commission has also proposed a drinking water standard of 100 parts per trillion (ppt) for 20 PFAS compounds, with the intention of introducing limits on other chemicals in this class at a later date. By comparison, the US Environmental Protection Agency (EPA) has only issued a voluntary unenforceable health advisory of 70ppt for two individuals PFAS – perfluorooctanoic acid (PFOA) and perfluorooctanesulfonic acid (PFOS).

New and legacy PFASs continue to be released into Europe’s environment, the European Environment Agency (EEA) warned in a briefing last month. The agency said the large number of these substances in existence makes it difficult and time-consuming to evaluate and manage their risks individually. Taking precautionary risk management actions for groups of chemicals and promoting the use of chemicals that are ‘safe-and-circular-by-design’ could help to limit future pollution, the EEA suggested.

The costs associated with these chemicals in terms of harm to human health and remediation in Europe are estimated to be in the region of tens of billions of euros annually.

The recent European action comes as PFAS regulatory developments appeared to stall in the US. On 10 January, the House of Representatives approved legislation that, if signed into law, would set deadlines for the EPA to reduce ongoing PFAS releases and establish a long-awaited drinking water standard for PFOA and PFOS. However, the measure is unlikely to pass in the Senate or White House. The chairman of the Senate environment and public works committee, John Barrasso, recently said the bill has ‘no prospects’ in the Senate, and the White House threatened on 7 January to veto the legislation.

The Trump administration expressed concern that the legislation would ‘create considerable litigation risk, set problematic and unreasonable rulemaking timelines and precedents, and impose substantial, unwarranted costs on Federal, State, and local agencies and other key stakeholders in both the public and private sectors’.

The Senate included key PFAS provisions in the 2020 defence spending bill, but several of them were gutted or eliminated during negotiations with the House of Representatives. When Trump signed the appropriations measure into law in December, it did not include any provisions involving PFAS drinking water standards, or language intended to reduce releases of these compounds by manufacturers. Also dropped was a provision to designate PFASs as ‘hazardous substances’ under the US Superfund law, which would have required federal assistance to cleanup contamination.

Correction: The final paragraph incorrectly stated that it was the Senate not the House that removed PFAS provisions