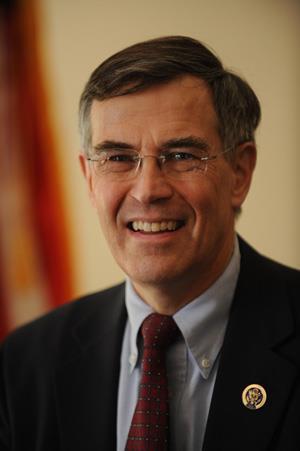 As retiring US congressman Rush Holt – a Democrat from New Jersey who also happens to have a physics PhD – prepares to become the next chief executive officer of the American Association for the Advancement of Science (AAAS), funding for government science agencies is on his radar screen.

The AAAS is responsible for ensuring that science in the US remains healthy, explains Holt, who has served eight terms in Congress. ‘There are many people who feel that science in America is not real healthy right now,’ he tells Chemistry World. ‘There is a lot to be done,’ Holt says, noting that the nation’s federal funding for R&D, as a percentage of GDP, is roughly half of what it was 50 years ago. The figure fell to less than 0.8% in 2014 and he says the private sector has not made up for that deficit.

Holt, who will assume the helm of the AAAS in February, helped lead the effort to pass the largest single increase in funding for science research in history – the economic stimulus package enacted in February 2009. That measure provided $ 21.5 billion (£13.7 billion) in additional funds over two years for ‘scientific endeavours’, including a $10.4 billion boost for the National Institutes of Health (NIH) and some $3 billion extra for the National Science Foundation (NSF).

The US is ‘drastically under-investing in scientific research’, according to Holt, and he backs pursuing any opportunity to increase support for the field.

Regarding concerns about the so-called ‘boom and bust cycle’ facing researchers who depend on federal support – where there are sudden, periodic windfalls amid stagnant or decreased funding – Holt says the solution is ‘regular, ample’ funding. He wants Congress to fund research agencies in five-year increments, as opposed to the current annual appropriations. However, Holt acknowledges that it would be very hard to get politicians to agree to that because they generally want maximum influence each year.

Beyond increased and steady funding for science, Holt would also like to see more scientists holding public office. He says the country depends on the actions of representative legislatures and currently there is an insufficient understanding of science or how science works in Congress, as well as in the state legislatures.

In particular, Holt is disappointed by congressional inaction on climate change. ‘There is short-sightedness of Congress in facing up to the problems of climate change,’ he says. ‘It is really disappointing that Congress has fallen under the influence of the old energy special interests instead of working to develop a new energy strategy.’

Prior to his political career, Holt served as assistant director of the Princeton Plasma Physics Laboratory, which is New Jersey’s largest centre for research in alternative energy. His work has involved extensive research on alternative energy, and he owns a patent for a solar energy device.

Also disturbing to Holt are the criticisms that key Republican members of Congress have repeatedlylevelled against the science supported by agencies like the US Environmental Protection Agency, the NIH and the NSF.

However, the Republicans raising these questions argue that they are doing so to save taxpayer dollars from being wasted and to ensure that regulations are based on strong science.

Observers expect that Holt’s connections on Capitol Hill will significantly benefit the AAAS, and they suggest that the organisation’s strategy and methods could change under his leadership.