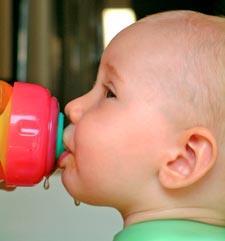 The precaution was taken on concerns that phthalates might cause cancer, allergies or disrupt children’s hormone systems when items are placed in the mouth.

But regarding two of the most widely-used plasticisers, DNIP and DIDP, the commission said it saw no case at present for further measures.

For industry, these ’resounding regulatory conclusions’ mean that ’downstream users can continue using DINP and  DIDP with the utmost confidence,’ said David Cadogan, director of the European Council for Plasticisers and Intermediates.

However, the commission proposes controls on occupational exposure to the lesser-used plasticiser DBP to avoid repeated inhalation or dermal exposure during production of resins and polymers. DBP is also used in printing inks, adhesives, nitrocellulose paints, coatings, and glass fibre and cosmetic products.

Environmental groups are less happy about the findings.

’It has been possible for at least a decade to use alternative substances to PVC and avoid any exposure to phthalate plasticisers,’ Mill told Chemistry World, adding that a general prohibition ’would avoid all the other problems associated with the production and disposal of PVC.’

Meanwhile, a commission working group continues to grapple with the task of producing a definitive list of items that children are likely to place in the mouth, beyond obvious products such as teething rings. Arthur Rogers