With Reach, the EU chemicals legislation, now in force, a computer system that predicts how chemicals biodegrade - or not - could help regulators spot persistent polluters.

The fate of organic compounds in the environment, from weed killers to drug molecules, is largely decided by microbes. These organisms break some compounds right down to carbon dioxide. But other chemicals persist for years, completely untouched. A new computer system that models how micro-organisms digest chemicals could help regulators identify which pollutants might be with us for longest.

Victor de Lorenzo and colleagues at the National centre for biotechnology in Madrid, Spain, developed the model, which they have made freely available. The system tests chemicals against every known microbial reaction, said de Lorenzo, and could be a useful way for industry to ensure new chemicals won’t become long term polluters. 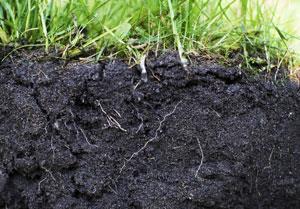 What happens to pollutants once they get out into the environment?

’The environmental fate of chemicals takes a long time to assess experimentally - industry produces new chemicals far faster than they can be tested,’ said de Lorenzo. ’We hope our system will become an early test for new compounds. The system gives each molecule a score based on the chance it will be degraded   - like a weather forecaster might say there is a 53 per cent chance of rain tomorrow, the model predicts the chance a chemical will be biodegraded.’

Tests on compounds with known biodegradation profiles show the model is around 80 per cent accurate. The best way to improve accuracy will be to collect more data to add to the model, said de Lorenzo. ’My bet would be we only know a minimal part of all the reactions microbes can do,’ he said.

In the family way

The model considers each chemical by dividing it into ’atomic triads’ - sets of three directly bonded atoms. These triads are smaller molecular features than functional groups, said de Lorenzo, to make better use of the available biochemical data. A single molecule takes only minutes to analyse, but the program can also process long lists of chemicals, assessing the biodegradability of whole compound families, de Lorenzo told Chemistry World.

One particularly persistent family are herbicides, according to the model. ’Herbicides are structurally very diverse,’ he said, ’but share many triads that are recalcitrant to biodegradation. Could this be related to their very function [as herbicides]? This is something that has to be tested.’

Larry Wackett, who has developed his own prediction tool at the University of Minnesota, US, told Chemistry World   he would have liked the authors to compare their results with existing models. ’Our prediction tool uses functional groups, as these are the units of reactivity in chemistry and biochemistry,’ he said. ’Gilles Klopman [Case Western Reserve University, US] uses a similar approach [to de Lorenzo], but used from two to nine connected atoms, which captures pretty much all organic functional groups within that range, so I feel that’s preferable to only using sets of three atoms.’ Unlike de Lorenzo’s system, Wackett’s program finds virtually all herbicides to be biodegradable.

With Reach coming into force on 1 June, de Lorenzo’s new system is timely. ’I hope the authorities notice this tool is available, and use it as a criterion to test new chemicals for new applications,’ de Lorenzo said.