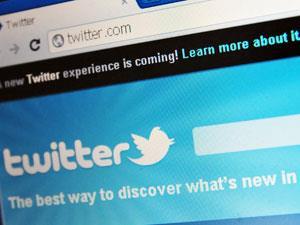 At the tail end of last year a research paper began being linked to on Twitter and blogs, but instead of excitement the tone was more sceptical. That scepticism has led a team of chemistry bloggers to set up a new site, BlogSyn, to check published syntheses and to take the first step towards formalising, to a certain extent, the world of post-publication peer review.

The paper in question was published by Thanh Binh Nguyen’s group from the French National Centre for Scientific Research, better known as the CNRS, at Gif-sur-Yvette, and reported an iron sulfide catalysed redox/condensation cascade reaction between 2-amino/hydroxy nitrobenzenes and activated methyl groups. See Arr Oh, who blogs anonymously at Just Like Cooking, explains that the paper caught their attention as soon as they saw the abstract: ‘It had all the right “words”: atom-economical, redox-based, iron catalysis, functional group-tolerant, everything! So I was intrigued.’

But what was also intriguing to See Arr Oh was the lack of details in the experimental. Not having the reagents to hand, after a brief exchange on Twitter, Matthew Katcher, a graduate student at Princeton University in the US, took up the challenge to try and repeat the research. When Katcher started to have trouble, more chemists who are part of that online community decided to pursue recreating this synthesis. Eventually the online team, who have not met in real life, decided their findings ‘would be a fun and useful thing to share’, says See Arr Oh.

The result was the first post at Blog Syn. ‘There’s a chance that this may be a one-off, or it may take off, depending on time, interest, funding and reaction from the community,’ explains See Arr Oh. ‘Like most things on the internet, initial reactions we select will be those we run into by chance, that happen to have that je ne sais quoi of interesting new reactivity, reasonable conditions and substrate availability.’

Most importantly, the team stress the goal of the blog is not to vilify published work but to clarify and validate. ‘Respect for all parties will be critical to our success,’ See Arr Oh adds. The team did contact Binh Nguyen at the beginning of the project and received a prompt response clarifying some points. However, when Chemistry World contacted Binh Nguyen for a comment we were told that the researchers no longer wished to continue the discussion.