Postdocs in the US poised for overtime windfall 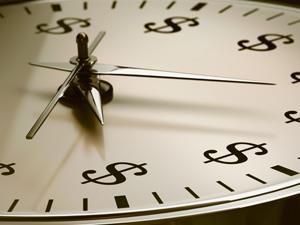 A significant change to the US law that dictates overtime payment for employees across the country will represent a boon for postdoctoral researchers. The new rule increases the salary threshold for overtime pay from $23,660 to $47,476 (£16,200 to £32,500), effective 1 December 2016.

The US National Institutes of Health’s (NIH) deputy director for extramural research, Mike Lauer, called the update of the Fair Labor Standards Act (FLSA) a ‘historic change’, and said his agency is fully supportive of the increased salary threshold for postdocs.

These revisions to the FLSA will make more than 4 million currently exempt US workers eligible for overtime pay – unless their salary rises – including between 37,000 and 40,000 junior scientists working in biomedical research, according to an opinion piece co-authored by NIH director Francis Collins and US labour secretary Thomas Perez.

Government officials noted that the average annual pay for a postdoc in the US is currently around $45,000, although the figure varies by region and funding source. They note that under the new FLSA overtime threshold, universities, teaching hospitals and other institutions that employ postdocs may either carefully track their fellows’ hours and pay overtime, or they can raise their salaries to levels above the threshold and thereby exempt them.

Despite concern about how this change will affect the US’s ability to carry out cutting edge research efficiently and cost-effectively, Collins and Perez expressed confidence that the transition can be made smoothly. However, Lauer acknowledged that the transition could be tricky. ‘Given the current challenging funding situation, we recognise that increased salaries will impact other financial and staffing operations at grantee institutions,’ he warned.

Chris Cramer, a chemistry professor at the University of Minnesota in Minneapolis, US, is supportive of the changes to the law. He says that there are ranges of postdoc salaries in chemistry that reflect the culture of the area.

However, Cramer notes that whenever you supress salaries in any part of a profession, you suppress salaries across the board. Given that the average postdoc works 60 hours a week, he says the maths works out to about $15 an hour. ‘[The employment law changes] reflect the value of many years of doctoral training – they are basically doing in an academic lab what instead they could do in industry and get substantially more money for it.’